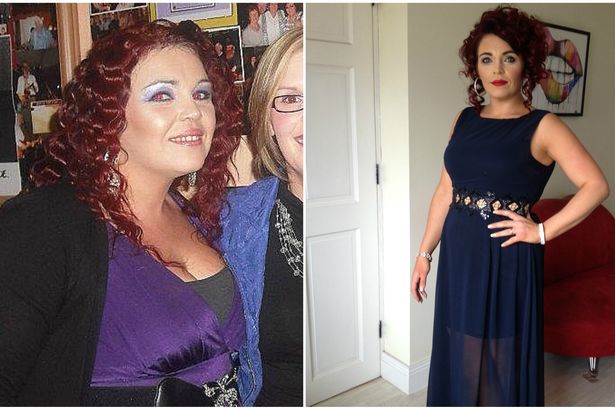 A Donegal woman has credited Slimming World with her dramatic transformation which has seen her lose a whopping four stone.

Shauna McKinley, 33, from Buncrana admitted she used to dread shopping for clothes and spent as little time in them as possible.

However, since her weight loss, Shauna jokingly quipped that you can’t get her out of the shops now.

Shauna explained that when she was a teenager she had weight issues that affected her confidence.

Shauna also have four children and so her weight continued to be a issue for her throughout her 20’s.

However, she signals the day she joined Slimming World in 2012, as the significant turning point in her battle to address her weight issues.

Shauna said, “I knew I had weight to lose but I wanted to do it in a healthy way. I wanted to change my whole lifestyle and not just my weight.

“I’d tried Slimming World before but I wasn’t in the right frame of mind and I didn’t fully understand it. This time around Slimming World has changed my whole outlook on food. Now I’ll pick fruit and veg over the crisps.”

Shauna lost 3st 7lbs and then discovered she was pregnant.

Shauna said: “I was delighted, but a little worried as I thought that I would have to give up Slimming World and I had come so far.

“So the first thing I did was Google if I could still do Slimming World while pregnant. I was over the moon when I realised I could.

“I followed a slightly different eating plan that ensured I was getting enough vitamins and calcium for me and my baby.

“I didn’t limit myself too much – when I wanted an occasional slice of cake or a takeaway I would have it – and I still ate healthily for most of the time.

Shauna has now fallen back in love with fashion and having reached her target weight can now look forward to shopping for a family wedding over Christmas.

“I’m really looking forward to shopping for the wedding and getting dressed up and feeling good – it will be a lot easier to find an outfit now than when I was bigger.

“You can still enjoy occasions while in Slimming World and have just as much fun, if not more.