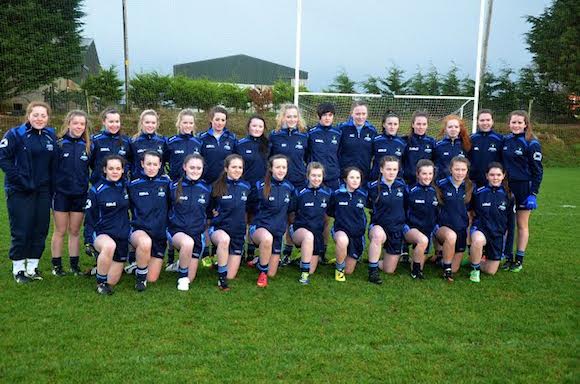 MOVILLE’S Minor Ladies were seconds away from an Ulster final today – but lost out on a last gasp goal.

The County Donegal champions were looking good for a win against Cavan champions Eastern Gaels after a closely fought encounter in Moville.

Both sides started poorly in tough conditions at Carrick with wind, rain and hail howling about the pitch.

It was the 18th minute before there was a score, the visitors scoring a goal.

Both sides exchanged points before Aisling McGuinness found the net for the Donegal champions and the sides went in with Eastern Gaels ahead 1-02 to 1-01 at the break and Moville looking forward to a second half with the wind advantage.

Moville went at their work quickly and won a penalty; only for the chance to be missed. But the girls in blue stuck at it, added a point before Kathy McLaughlin did find the net to give her side a 2-03 to 1-03 lead.

Eastern Gaels then had a player sin-binned for a poor challenge but it was they who struck next, forcing home a penalty to level the game.

Nicole Gordon pointed and when another one followed, Moville found themselves two points ahead with eight minutes left on the clock.

Moville held their own, Eastern Gaels taking a point – and with time ticking into the last minute, it looked like that would do.

But with the last kick of the game in injury time, the visitors found the net.

It was a cruel end for the Donegal champions who deserved more from the effort they put in; but they can still be proud of their achievements this year.