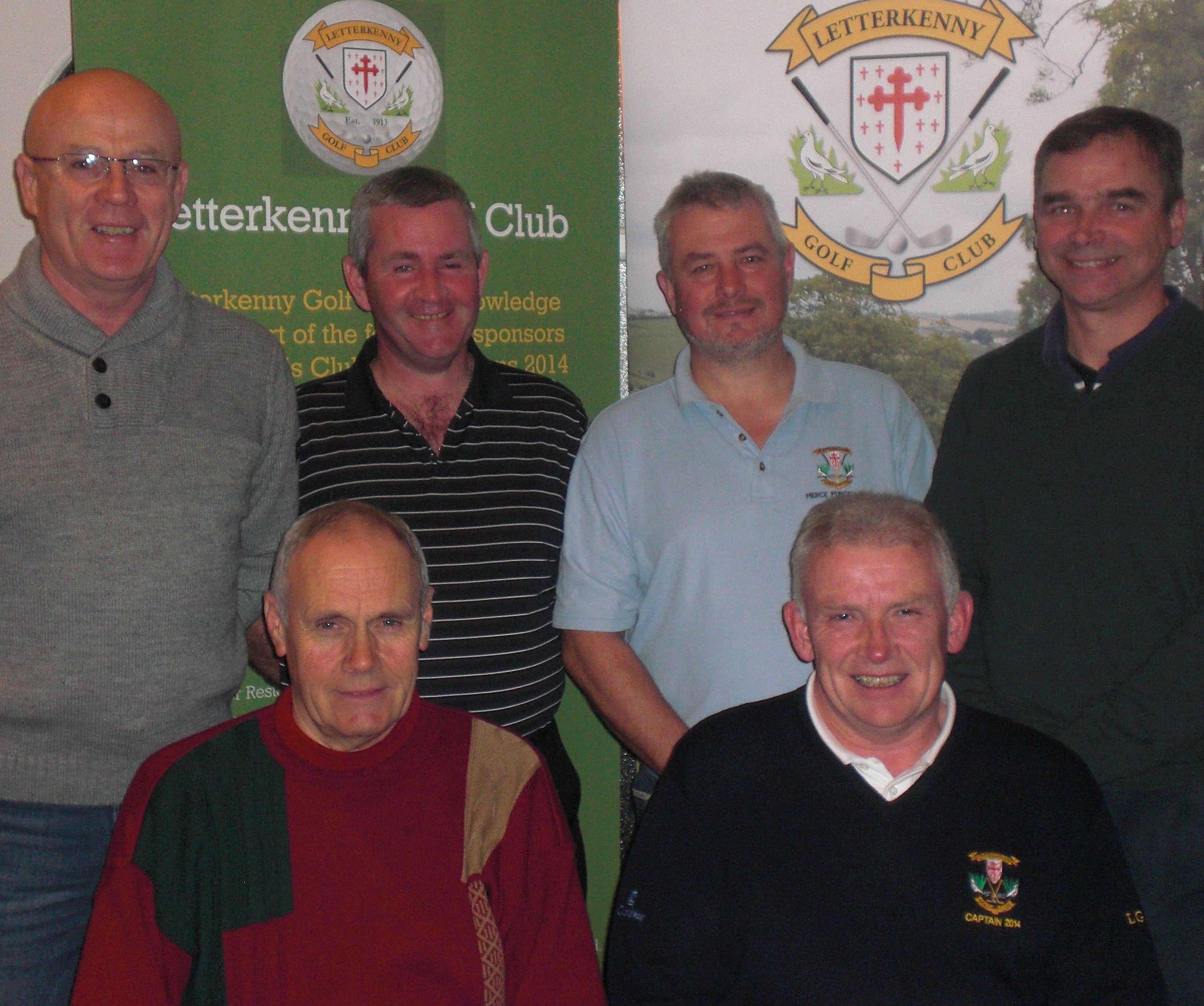 GOLF NEWS: KEVIN MCDONALD FINISHES WITH A FLURRY TO WIN AT BARNHILL

Wednesday 3rd December Open gave no hint weather-wise of what was to be expected for the weekend golfer.

Playing in dry but chilly conditions, it was Cat 2 handicapper Kevin Mc Donald [14] who seemed to have the winter “woolies” on as he left the rest of the field struggling.

With Kevin himself starting his round with a double bogey at 1st and a bogey at 10th, it seemed unlikely that he was about to return a winning score but his “never give in” attitude had him holing out for birdie at 11th followed by “two’s” at 13th and 16th to record 22pts on back nine and finish with a 41pt. total to take that top honour. In runner-up spot was the in-form Greg Sullivan [16], deciding to put his singles game to the test now that the club’s pairs, mixed and matchplay competitions have ended. Indeed, playing simple, logical, handicap golf, Greg proved that getting “up and down” is what matters most and his 22pt. inward nine finish helped him to that second position with 38pts overall.

Saturday 6th was the day that all club members were waiting for, that date being the Christmas Hamper competition. With the timesheet booked to capacity since the previous Sunday, there was a great anticipation amongst the entrants as to the possible winner but, as they say, “it’s all on the day”! Indeed it was for, despite the inclement wintry weather and Jack Frost biting at the ears and noses, it is that quiet, unassuming gentleman of figures Pat Keating [18] who will enjoy his Christmas dinner and toast the New Year with glee this term. Despite a double bogey start, Pat’s unflinching belief gave him an enlightening birdie at 4th and with a somewhat “ordinary” outward nine, recorded a handicap equaling 18pts. Sustaining that momentum Pat, maybe realizing that he needed something special, then birdied the tough par three 16th against the wind and rain which helped him return an inward nine of 20pts and an overall 38pts to pip the ever-present Enda Mannion [14] on B.O.T. With Enda also starting his round with a double bogey at 2nd but also finishing the back nine with 20pts, it was no doubt “that” birdie at 16th which gave Pat the nod on thecountback. In third place, just one point behind on 37pts, was Vivian Doherty [12] whose fighting card reading par-birdie after two, “blank” at 7th, birdie at 11th and double bogey at 17th let’s me think that Vivian had his hand on one handle for a long time. Best gross on the day went to the juvenile single handicapper Jack Patton [4] with 33 gross points.

Sunday 7th was also a “big” day for the Cat 4 brigade as they too played for their category Christmas Hamper. Having had upwards of over thirty members playing regularly on Monday nights throughout the year, convenor Gerry O’ Sullivan was delighted to announce a hamper competition and, indeed, it was looked forward to enthusiastically by that group of members. Unfortunately, the weekend weather was not at all congenial to golf and congratulations must be offered to allthose members hardy enough to venture out over both days. Overjoyed winner of the Cat 4 Christmas Hamper was no other than Victor Byrne with a very impressive 32pts. Victor has been knocking on the door of the winners’ circle for a few weeks now and, despite his hectic lifestyle as manager of Letterkenny’s famous Mc Donald’s Restaurant and his acknowledged charity work, Victor tries to find time to support the Cat 4 members and the club, as his continued sponsorship of competitions is also well known. Scoring at every hole, [no blanks], Victor stretched his lead over the field leaving second placed Liam Rodgers, winning only his second placing of the year, with 27 points followed by Michael Mc Daid on 26pts. Cat 4 members would like to take this opportunity to thank convenor Gerry O’ Sullivan for all his help and hard work throughout the year.

GOLF NEWS: KEVIN MCDONALD FINISHES WITH A FLURRY TO WIN AT BARNHILL was last modified: December 9th, 2014 by Mark Forker