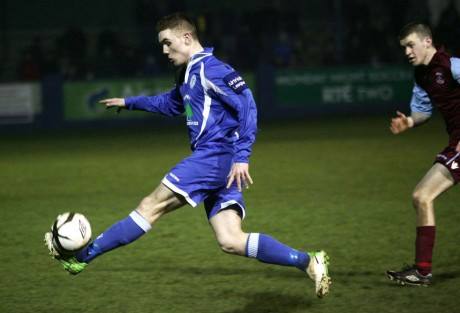 McCarron struggled to earn a regular starting place for Finn Harps last season due to a combination of injuries and loss of form.

In his first season at the club in 2013 he scored 13 goals in all competitions and finished Harps top scorer for the season.

He only managed one goal last season, a sensational strike against Shelbourne at Tolka Park.

Cliftonville courted their interest in McCarron during the summer but a move failed to materialise.

However, Cliftonville manager Tommy Breslin was keen to get McCarron’s signature.

McCarron was out of contract at Harps, so Cliftonville don’t need to pay a fee for the talented striker.

McCarron took to his Facebook timeline to express his delight at the move.