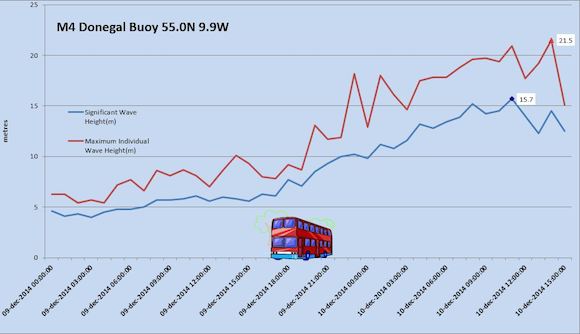 A NEW record has been set off the Donegal coast, Met Eireann has announced.

The previous highest SWH was 15.2m recorded earlier this year on January 26th.

The record for the highest Significant Wave Height measured by the buoy network is still 17.2m recorded at the M6 buoy on December 9th 2007.

The graphic shows today’s waves and their height set against a double decker bus.