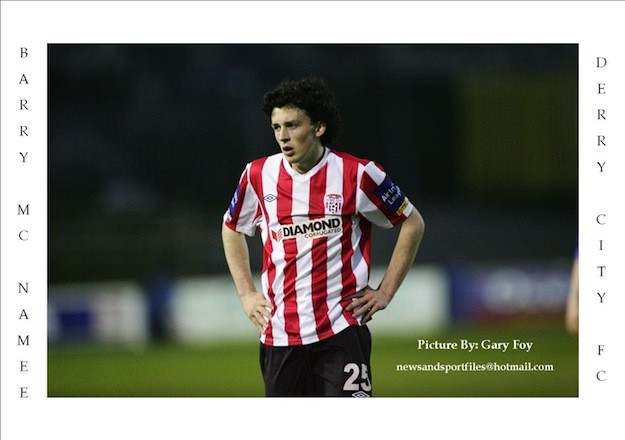 Ramelton native Barry McNamee has penned a new two-year contract at Derry City ending months of speculation regarding his future.

McNamee was strongly linked to moves away from The Brandywell with Sligo Rovers and St Patrick’s Athletic making no secret of their desire to land the talented dynamic midfielder.

McNamee only recently returned from English League One side Fleetwood Town last week.

His trial was cut short due to an ankle injury, and although it’s believed Fleetwood management were keen to have another look at McNamee he opted to pledge his future to Derry City.

The news will come as a major boost to Derry City fans who feared the talented midfielder was set for pastures new.

Peter Hutton has offered McNamee a healthy two-year contract as he looks set to build his team around the former Swilly Rovers player.