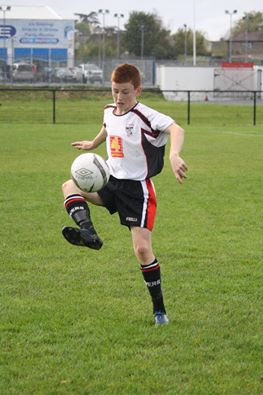 Letterkenny travelled to Gweedore on Friday night to take on Gweedore United under the lights and came away with a fantastic win.

Letterkenny travelled knowing nothing less than a win would do to keep their Champions League hopes alive as Gweedore were still looking for what would be their first win of the season.

The visitors started strongest with numerous chances including Jeaic McKelvey and Tarlach O Bolye’s one on ones which were both saved by the Gweedore goalkeeper.

Letterkenny continued to push on and midway through the second half left midfielder Shay Doherty slot home to put Letterkenny 0-1 up.

It wasn’t long till the home side responded with an equalizer against the run of play when Gweedore midfielder struck from 30 yards with the wind carrying the ball over Letterkenny goalkeeper Eoin O’Boyle.

The sides went in level at the half.

Gweedore kicked off the second half with a gale blowing in their face and within seconds of the restart letterkenny took the lead through Tarlach O Boyle who finished a low cross from the left side.

The visitors powered on from there and O’Boyle struck home his second of the game.

Letterkennys Conor O’Donnell and Eoin Kelly both got on the score sheet before O’Boyle complete his hat-trick with seconds remaining.

Letterkenny bagged all three points to leave them in a champions league spot heading into the final game of the season while Gweedore United still in search for their first win of the season.