CREAM OF DONEGAL MUSIC TO RING IN THE NEW YEAR

The cream of original Donegal music will be ringing in the New Year in Voodoo’s Green Room in Letterkenny tomorrow night. 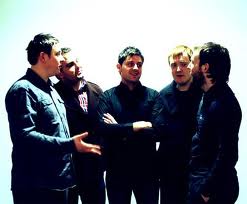 The Heads of State

The night is being billed as ‘To the waters and the wild’ and all proceeds are going towards The Swell Festival.

The main headliners will be Our Native State, formerly known as The Heads Of State, who have appeared at festivals throughout Ireland. There will be a special guest appearance by In Their Thousands, who delighted audiences at a sold out gig in An Grianan Theatre on Saturday last.

They headliners will be joined by Gabriel Paschal Blake who is hotly tipped to make a big breakthrough in the Irish Music scene in 2015. He has already appeared on Other Voices.

Other acts appearing are The Pox Men, described by Duke Special as his favourite act at the Swell Festival and a DJ set by one of Donegal’s favourite DJs, DJ Dano.

The organiser of the event is John Muldowney who is also the brainchild behind the Swell.

“The Swell was one of the best events of the year in Donegal, and we were so delighted to be able to bring the festival to Arranmore island. The people of the island really got behind it, and there is a real drive happening to organise the festival again next year.

“Tomorrow night’s event will see all proceeds going towards next year’s festival which we hope will provide some much needed tourism to the island and for the County as a whole.”

He continued, “This event promises the best night’s entertainment that Donegal’s original artists can offer. The fantastic Our Native State will be bringing us up to midnight and we are delighted to announce that In Their Thousands are making a special guest appearance. In addition, the first 50 people through the door will receive a complimentary bottle of Kinnegar and there will be a draw for two weekend camping tickets to the Swell Festival.

Tickets are available from the front bar in Voodoo or atwww.swellfestival.comand are priced at €20.

CREAM OF DONEGAL MUSIC TO RING IN THE NEW YEAR was last modified: December 30th, 2014 by Stephen Maguire
FacebookTweetLinkedInPrint