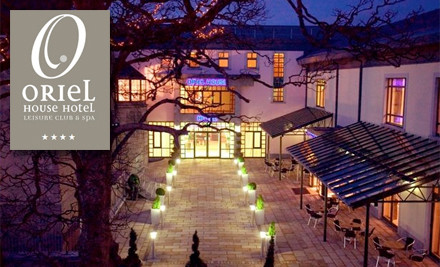 DONEGAL couples who drove all the way to Cork for a wedding vows ceremony for their friends have taken part in the ceremony – after a sit-in.

Cork couple Matthew Smith and his wife Deborah began a sit-in protest at the Ambassador Hotel in Cork after their lavish black-tie ceremony this afternoon was cancelled after the hotel asked for an extra €1,000 supplementary booking fee.

Gym owner Mr Smith had booked the hotel last July at an agreed rate but was angry when he says the hotel demanded extra money for the ceremony to mark their 10th wedding anniversary.

He was forced to give up the protest in the early hours of this morning after gardai were called to the Ambassador who have so far not made any comment.

This afternoon the Oriel House Hotel in Ballincollig stepped in to save the day – and the vows ceremony has just taken place in front of 90 guests.

Friends from Donegal had travelled to the rebel county for the ceremony.

Mr Smith said the couple were left ‘absolutely gutted’ by the decision of The Ambassador especially with so many friends coming from Donegal and other counties – but he and Deborah were now ‘thrilled’ when the Oriel House Hotel stepped in to save the day.

We think our readers should send a Happy New Year message to the Oriel House Hotel!

You can email them on info@orielhousehotel.ie