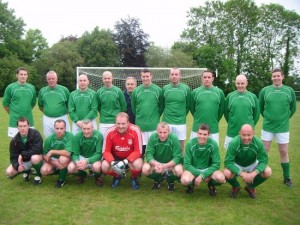 RAPHOE have lost their Linden Cup Final clash against Portadown after the match went to a sudden death penalty shoot-out.

Portadown goalkeeper Jaime Knipe was the hero as he made three crucial saves in the penalty shoot out which went to sudden death.

There was drama throughout the match which included two periods of extra time after the sides had finished level at 2-2 the after 70 minutes.

However Raphoe stormed back Matthew Lecky hitting goals either side of half-time.

Raphoe had a man advantage after a Portadown player was sent off – but they then lost two players themselves to the sin ban.

The stage was set for the penalty shoot-out – and Portadown edged it.