The nation supported her when she opened her heart about having cancer. 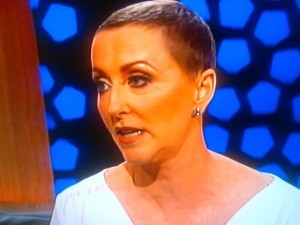 Majella O’Donnell tugged at the heartstrings of the nation when she had her hair shaved on the Late Late Show and raise a staggering €600,000 for the Irish Cancer Society.

Now Majella is hoping to give back a little something from her lifetime of experience as a mother, sister, friend and human being.

She begins a weekly agony aunt column in Saturday’s Irish Independent where she will give advise on relationships, marriage problems and lots more.

Warning after motorist has lucky escape on...

Delayed reopening of indoor dining will be...