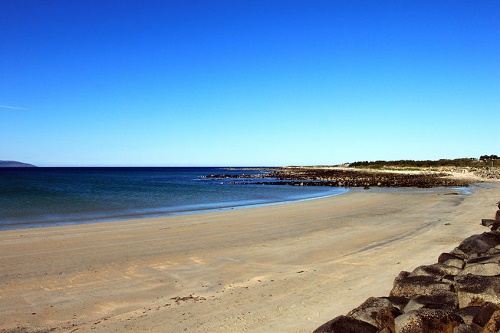 MASSIVE TOURISM AND BUSINESS BOOST AS STERLING CLIMBS TO €1.32

A CRISIS in the EuroZone could see another massive boost for Donegal tourism from the North and Britain – and boost our exports there.

Economists say the £1 could be worth €1.40 within months.

Early this morning on overnight foreign exchange markets to the £1 was worth more than €1.32….and the Euro was worth just over 75p.

It’s also good news for cross-Border workers from Donegal working across the Border and getting paid in Sterling as they have seen their real take home pay rise by almost 20 per cent in the past two years.

Border forecourts are already raking in extra business as motorists from Derry, Tyrone and Fermanagh cross into Donegal to fill up their vehicles.

It all follows a decision by the European Central Bank to essential de-value the euro by printing money – pumping 60 billion euro a month into the economies of the EuroZone between March and October 2016.

It’s a bid by Europe to prevent another recession.

The Pound to Euro exchange rate: GBP/EUR converts at 1.322.

The Euro to Pound exchange rate: EUR/GBP conversion is 0.757.

At the Maxol station in Muff the Sterling allowance increased to 30 per cent.

The reduction in the value of the Euro will mean less shoppers from Donegal going North – and bring more shoppers back to towns like Letterkenny from the North.

MASSIVE TOURISM AND BUSINESS BOOST AS STERLING CLIMBS TO €1.32 was last modified: January 23rd, 2015 by John2