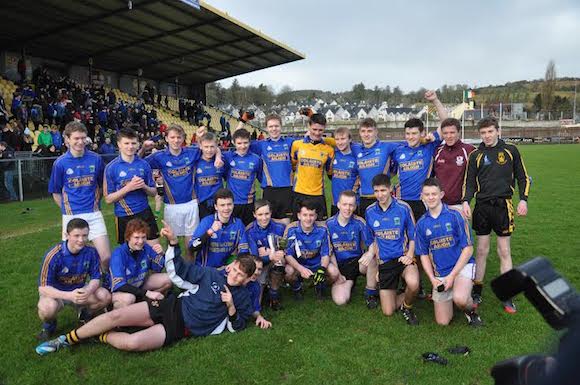 They defeated Gairmscoil Chú Uladh of Béal an Átha Móir at O’Donnell Park today in a thrilling game 1-12 to 0-09 with Padraig Ó Riain hitting the goal.

Both teams go on to play Ulster Post-Primary Schools in the Ulster Championship Ward Cup.

An Gairmscoil Chú Uladh go on to play the runners up in Tyrone/Armagh in a quarter-final play-off in the Ulster Ward Cup.