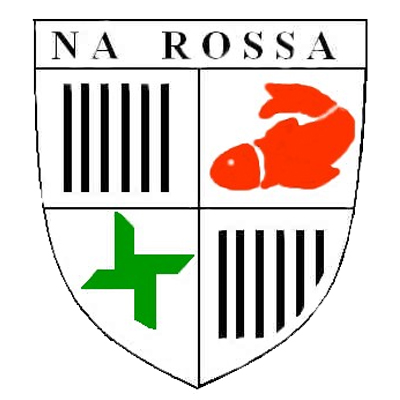 The club’s committee and members would like to welcome Damian Devaney on board as the new senior team manager and wish him all the very best for the coming season.

Training will start this Sunday 1st February in Dooey.

The Gaeltacht draw was made last week with the seniors to play the winners of the Dungloe reserves v Naomh Conaill reserves tie.

The game is pencilled in for the end of February.

The club held its under age presentation night in the hall last Friday night and what a terrific night it was.

The committee would like to express its gratitude to special guests on the night Michael Murphy & Neil Gallagher.

The lads helped present all the young footballers with medals and then took questions from the children from all three national schools.

A huge crowd turned out on the night as this was a very special occasion for the club.

The committee would also like to thank everybody concerned who helped in making this night possible including Trisha Gillespie, Michelle Boyle & Geraldine Boyle who organised the refreshments with help on the night from Catherine Bonner & Mary Mcdyre, to all parents who brought along sandwiches etc and to the press from the Donegal Post & Donegal Democrat who attended our event.

Four members Johnny Breslin, Phillip Boyle, Donal Trimble & Patrick Mchugh of the “Shave Off” fundraising team which took place last December presented a cheque for over €2100 to Letterkenny hospice administrator Rena Alcorn. They also presented Na Rossa Treasurer’s Pat & Felix with a cheque for the same amount. Thanks again to all concerned.

The club membership is now due. Prices are as last year and can be paid to any committee member. Pricing schedule €40 family membership (2 adults + children under 18 years), single adult member €25, student €20 (Adult third level), student €10 (minor level). It’s important that all players are fully paid up before the end of February to cover the clubs insurance policy.

The first club 50 draw of the new 12 month period will take place on Monday 23rd February and every last Monday in the month there after. The draw helps to run the club during the year so it’s important to have as many people included in the draw as possible. The cost is €20 per month or 1 annual payment of €200 ( a saving of €40 ) Prizes are as listed, 1st prize €300, 2nd prize €100 and 3rd prize €50. For becoming a club 50 member you are entitled to free Na Rossa membership, first preference of Donegal match tickets & free entry into all senior games played in Dooey. If you are interested call Felix, Pat or any club committee member.