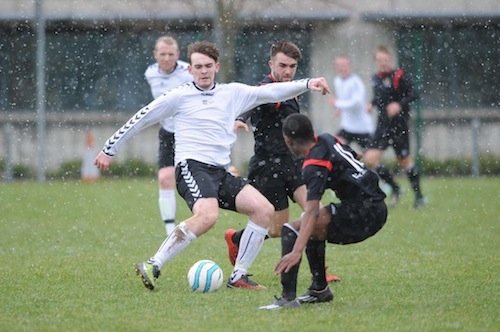 Action from yesterday’s game at the LYIT.

There were mixed fortunes for the LYIT Men’s Soccer and GAA teams in their respective All-Ireland competitions yesterday afternoon.

Niall McGonagle’s Men’s Soccer side recorded an impressive 1-0 win over Carlow IT’s B side in their last 16 clash at the Port Road campus. 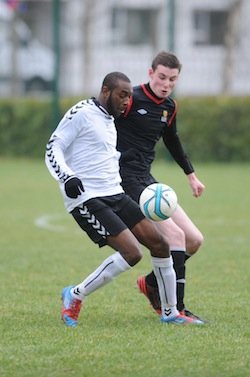 A superb free-kick from Cathal McDaid was enough to ensure the LYIT sides passage to the last eight of the CFAI Cup competition.

Raymond Foy, Jordan Toland and Paul McVeigh all impressed for McGonagle’s side in a game which was played in very difficult conditions.

However, there was heartbreak for the LYIT Men’s GAA team as they bowed out of The Trench Cup at the hands of Waterford IT.

Despite excellent performances from Daragh Gallagher, Daire McDaid and Willie Gillespie the LYIT side were overpowered by a very well organised and determined Waterford IT side.

LYIT trailed at half-time 0-06 to 0-04 but Waterford IT netted a crucial goal in the second-half and that score proved decisive.

LYIT battled gamely to the end but to no avail as Waterford IT ran out winners on a score-line of Waterford IT 1-11 LYIT 0-08. 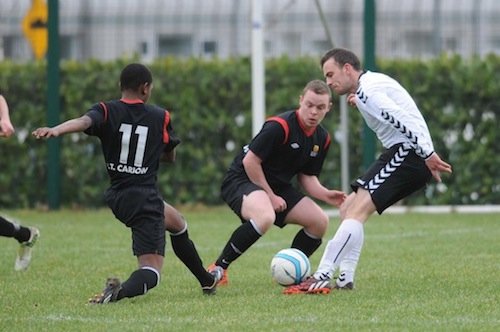 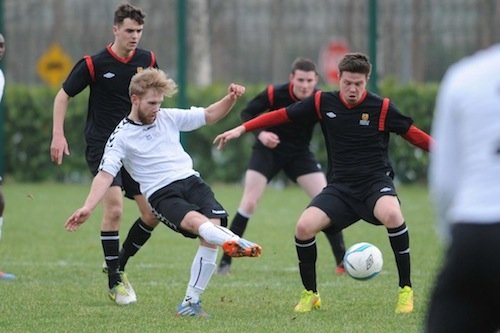