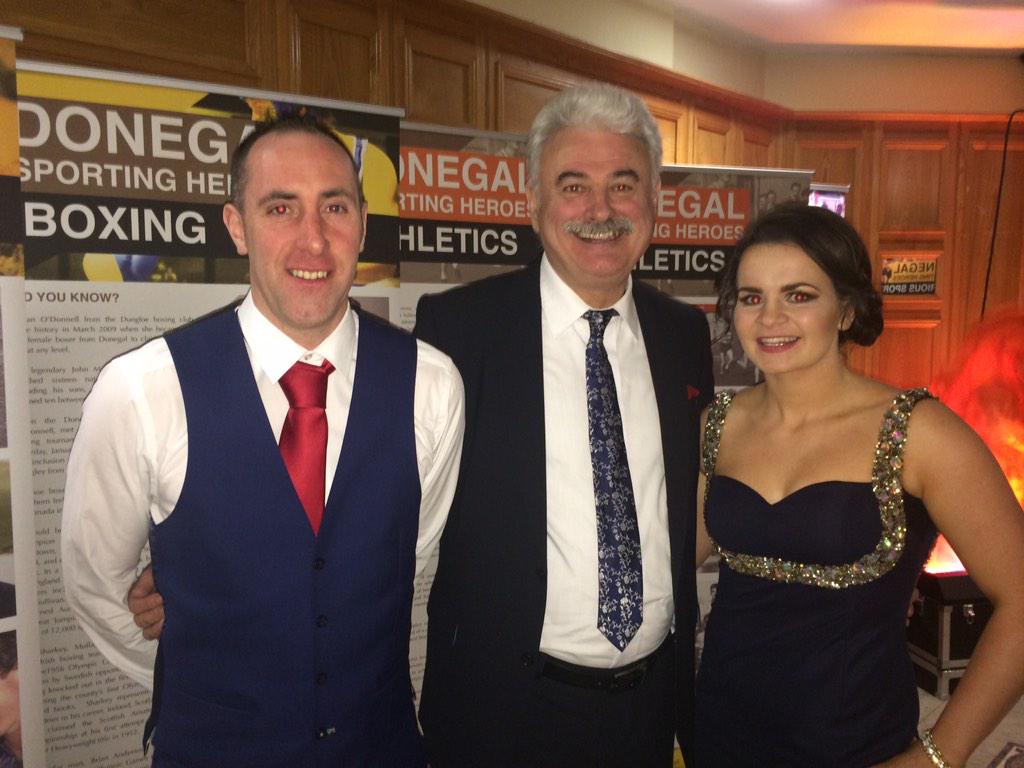 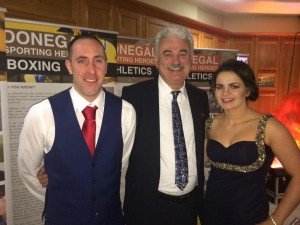 WORLD class athlete Mark English is Donegal Sports Star of the Year after a glamorous awards ceremony at the Mount Errigal Hotel in Letterkenny tonight.

The Letterkenny athlete was the favourite – and the outstanding sports person of 2014.

Proud dad Joe picked up the award on Mark’s behalf before a rapturous crowd as the Letterkenny athlete is preparing to represent Ireland in New York.

But there were awards galore for Termon’s brilliant ladies gaelic footballers.

The players were named Team of the Year.

Francie Friel, the team coach, was named Coach of the Year.

And the brilliant Geraldine McLaughlin was given the Brendan McDaid memorial award.

Neil McGee was named GAA (men’s) footballer of the year (though he’s still not as good as Geraldine!)

The International recognition award went to the brilliant Finesse Gymnastics Display Team after their performance in Italy last summer.

Athlete Karl Griffin was the Young Sports Person of the Year.