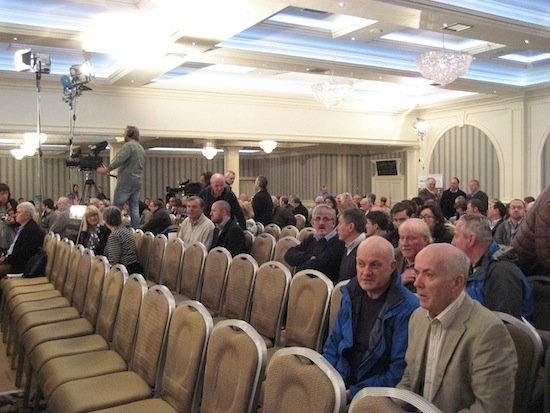 The audience prepare to take their seats for last night’s People’s Debate with Vincent Browne.

Veteran broadcaster Vincent Browne has praised the people of Donegal for their honest debate.

The controversial TV3 host was speaking as hundreds of people turned up for a live recording of his People’s Debate show at the Clanree Hotel last night. 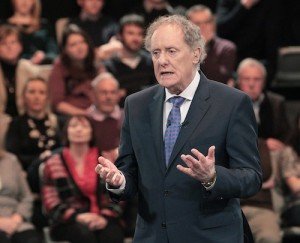 The show, which will be aired on Wednesday night next, covered a wide range of subjects as Browne asked the audience to discuss which topics they would prefer before he went live.

Among those on the panel were Donegal TDs Charlie McConalogue, Thomas Pringle, Pearse Doherty and Padraig Mac Lochlainn.

The two Fine Gael TDs were notable by their absence although Dinny McGinley has lost his brother in recent days.

Deputy Joe McHugh was fulfilling an earlier obligation having committed to attend the Donegal Sports Stars Awards at the nearby Mount Errigal Hotel.