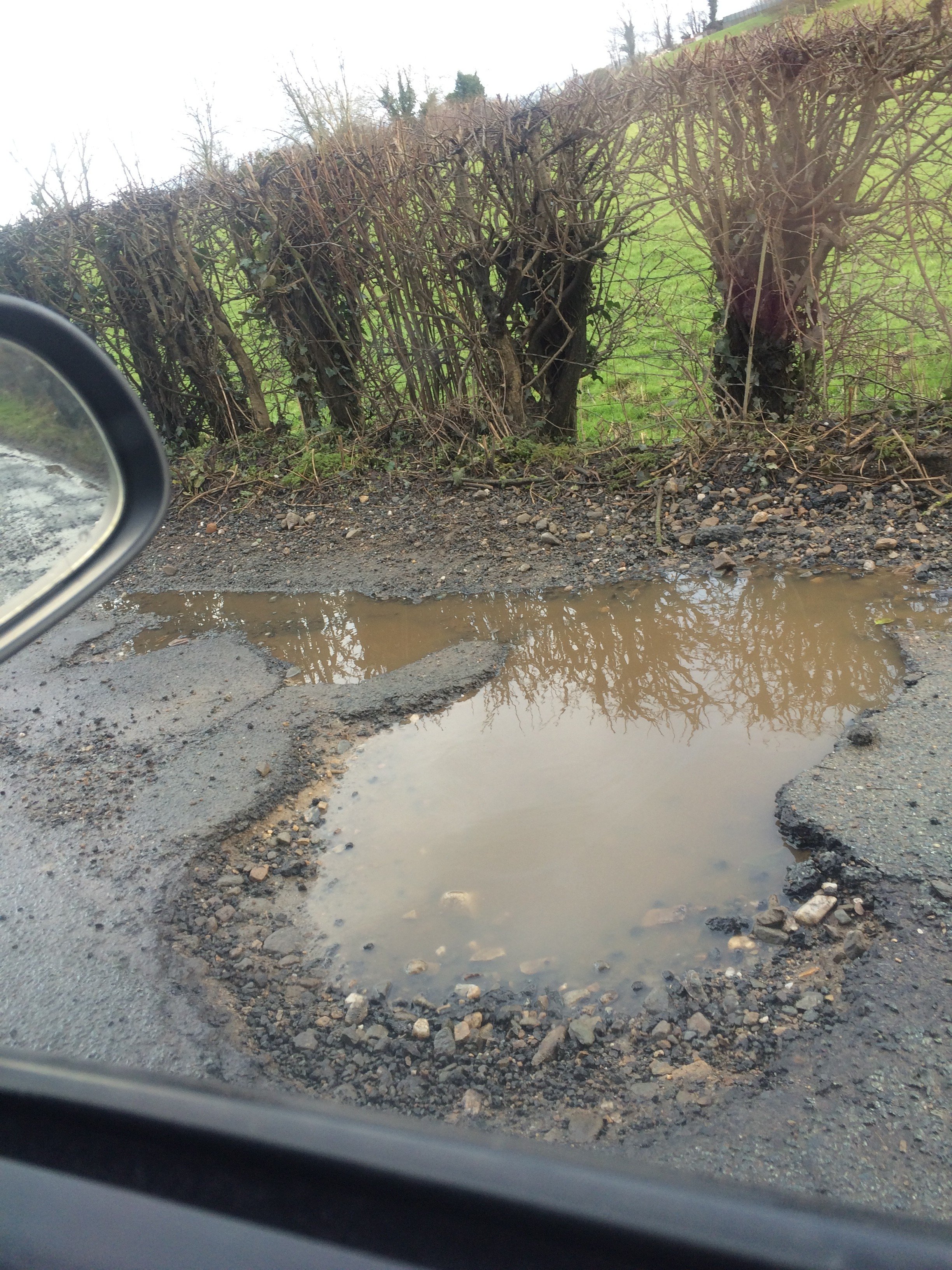 Motorists in Castlefin have expressed their anger regarding a number of massive potholes that are severely damaging their vehicles.

Locals are calling on The Donegal County Council to fix the roads in order to avoid a serious accident and continued damage to their vehicles.

As the photos above show the potholes are crater like and that has caused significant damage to the cars travelling daily on the road.

The potholes are located on the road from Castlefin to Woods Crossroads and is a busy stretch of road used frequently by motorists.

However, one local who contacted us with the images said enough is enough and it’s time the County Council done something to the road before somebody is seriously injured.

The woman who wishes to remain anonymous said, “As you can see from the photos the road is a disgrace.

“I’ve already broken two car bushings on that road, I drive over them slowly and try and negotiate my way round them but the potholes are that deep that damage is unavoidable especially if you meet another car on the road.

“It’s not just me that has suffered damages to their vehicle, the majority of people who use that road have damaged their cars and it’s no longer acceptable.

“Our calls to the County Council have so far fallen on deaf ears, but hopefully getting it out in the public domain will prompt some sort of response from them.

“We’ve all had enough and it’s need to be sorted out ASAP before it causes a serious road accident.

1 month ago
6 months ago