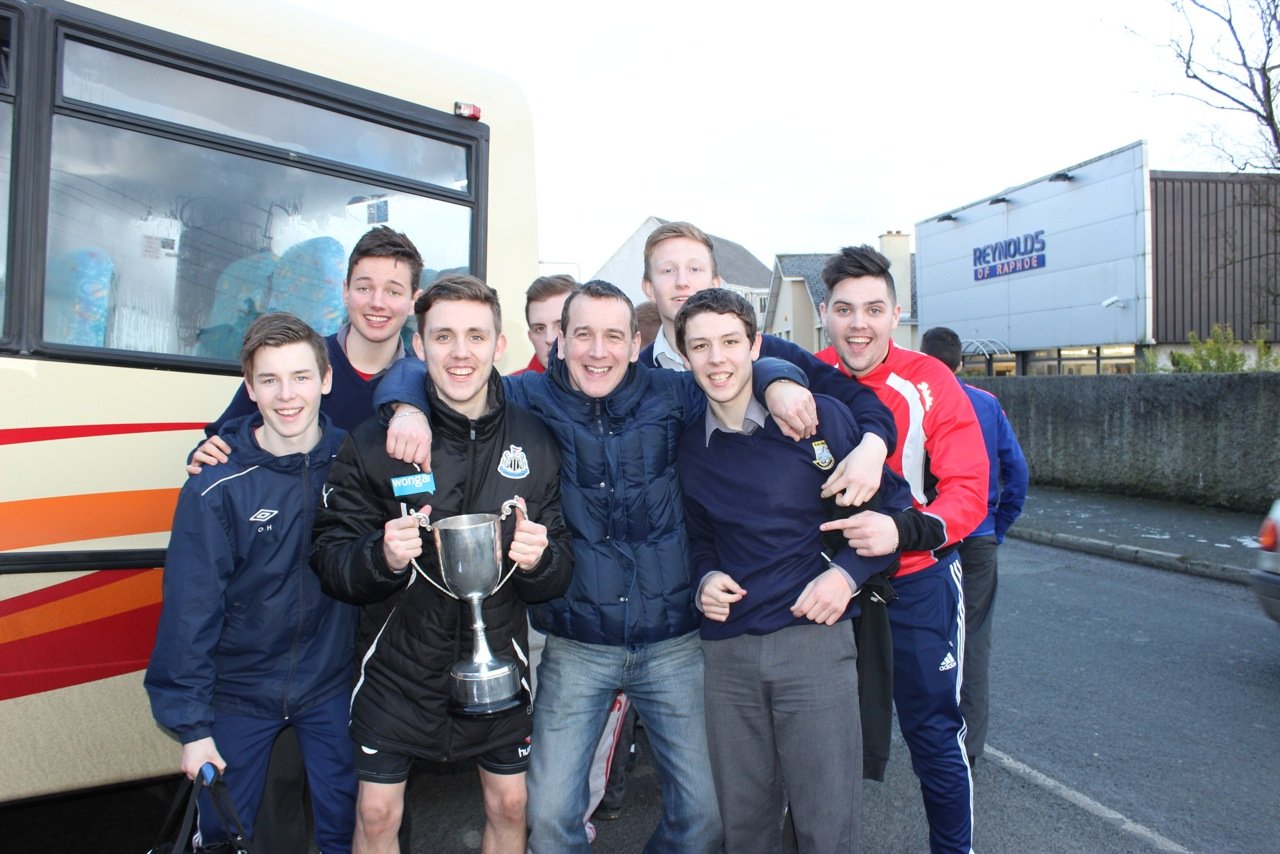 There were great scenes of excitement at Deele College on Wednesday evening when the school’s victorious Senior Soccer team returned with the Ulster title following a hard fought 2-1 win against Carndonagh.

The game was due to be played in Aileach but was switched to Clonmany’s Shamrock Park due to frost and the Oliver Quinn captained Deele side got off to a great start when their young Northern Irish international Alex Carolan found the net.

Carndonagh did pull a goal back to tie the game up, but Declan Sharkey was on hand to grab the winner for Michael Gallagher’s team to scenes of great jubilation among the Deele supporters.