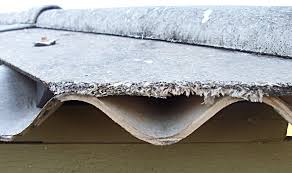 The Department of Social Protection has admitted that it has now found asbestos at the dole office in Letterkenny – despite two earlier tests proving negative.

Staff remain out of the building on the High Road since Tuesday.

The 30 or so staff have been accommodated elsewhere at the Government offices at Oliver Plunkett Road.

An official statement from the Department: “The Local Social Welfare Office in Letterkenny has been closed following concerns expressed by staff that an analysis of material taken following refurbishment work in the office has tested positive for traces of asbestos.

“This followed two earlier air and surface tests commissioned by the Department which had tested negative for asbestos containing material.

“In the interests of absolute certainty regarding the health and safety of staff and customers attending the Local Social Welfare Office in Letterkenny, arrangements are being made for a further examination of the premises by consultants specialising in asbestos management. In the meantime arrangements are being made to accommodate staff and customers at alternative Departmental premises while the matter is fully investigated.