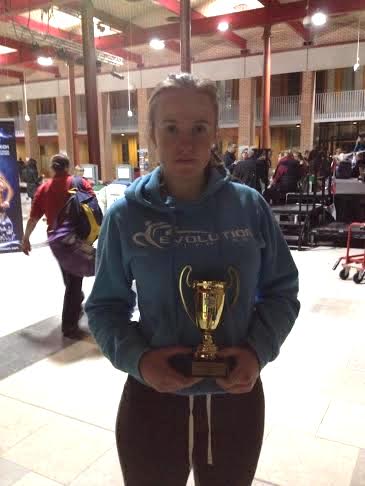 Rebecca Ryan with her winning trophy

Rebecca Ryan from Milford stunned the world of powerlifting at the weekend when she set a new world record in Cork.

She won the National All Ireland deadlift title in her T1 class.

Not bad for a girl who only took the sport up last October after she won the “strongest female 2014” in her local gym in Evolution Fitness based in Milford.

Rebecca lifted an amazing 120kg in her category.

Unfortunately Rebecca was not registered long enough with the IDFPA to have her record count which would have been a “National & World Record title lift’.