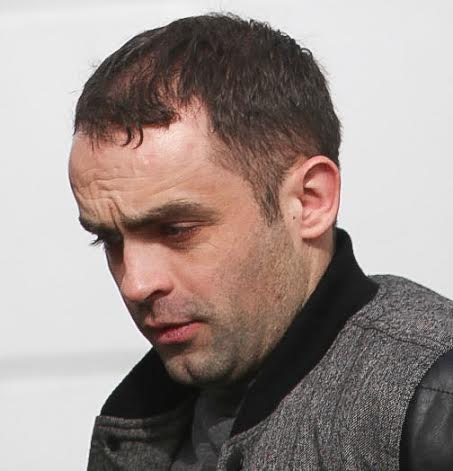 THE case against a former Donegal county footballer for alleged drink-driving last summer has been adjourned after claims that he should have received a certificate from a breathalyser in Irish and English.

Kevin McMenamin, 34, of Termon, Co Donegal, appeared at Letterkenny District Court yesterday on a single charge of driving whilst over the drink-drive limit in July last year.

He has pleaded not guilty to the charge.

The court heard that Garda Kevin Hynes arrested McMenamin at 5am on July 26 in Ballyraine, Letterkenny, after spotting a black Toyota car being driven from side to side on the road.

McMenamin’s eyes were blurred and he was slurring his words, said Garda Hynes, who arrested him and took him to Letterkenny Garda station to be breathalysed.

At the station Garda Sean McDaid said McMenamin had behaved in an aggressive manner while being told he had to wait 20 minutes without consuming food or water or smoking before the test could be carried out.

“He told Garda Hynes that he would see him again on a night out. He also called him a clown,” said Garda McDaid.

Defence solicitor Frank Dorrian questioned Garda Hynes on why there was a 15-minute delay in processing the prisoner.

Garda Hynes answered twice that he had been preparing the intoxilyzer machine. When asked the question for a third time, Judge Denis McLoughlin said he believed the garda had answered the question, with Garda Hynes replying: “I don’t know.”

Mr Dorrian objected to the the judge interjecting, saying he was entitled to cross-exam the witness.

The court heard the breathalyser machine gave a subsequent reading of 52 micro grammes of alcohol per 100 millilitres of breath, more than twice the legal drink-drive limit.

The court that McMenamin had told gardai he’d had four pints of beer.

This print-out, or certificate, was handed into the court.

The solicitor then put forward a legal argument that his client was entitled to have the certificate in a bi-lingual format and the one produced by gardai was in English only.

He said a similar legal challenge was due before the High Court.

Judge McLoughlin said he would not proceed with the case whilst a legal challenge was before the High Court.

He said he was also excluding himself from hearing the case again and adjourned the hearing until March 16 for a new date to be fixed.