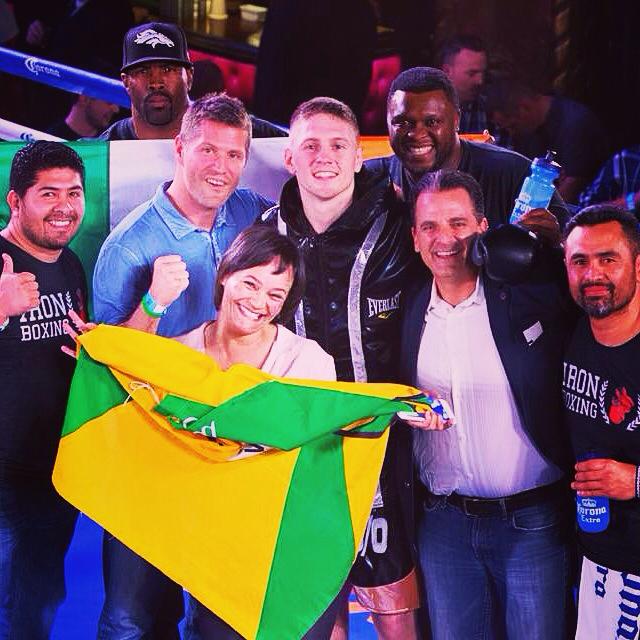 Following his first-round destruction of Lanny Dardar last weekend, Jason Quigley is set to return to the ring next weekend in California.

Quigley destroyed the challenge of Dardar and wasn’t tested during the bout as he finished the fight in explosive fashion after just 94 seconds.

Quigley’s Golden Boy promotions team which is led by former World Champion Oscar De La Hoya have decided to get the affable Ballybofey man back in the ring almost immediately.

His opponent has not yet been named but Quigley’s management are keen to get their man back in the ring again as he looks to maintain his perfect professional record.

Quigley also indicated himself he was keen to fight again quickly and with that the decision to put him on the card in California was made.

Quigley has rarely been tested in his professional career and is quickly earning plaudits fro fight-fans stateside who love his explosive style.

CALIFORNIA DREAMING FOR GOLDEN BOY JASON AS HE RETURNS TO THE RING NEXT WEEKEND was last modified: March 12th, 2015 by Mark Forker