A charity céilí is being held tonight (SAT) in the Highlands Hotel, Glenties to raise money for North West Cancer Group Family and Patient Fund to assist patients travelling to Dublin for treatment. 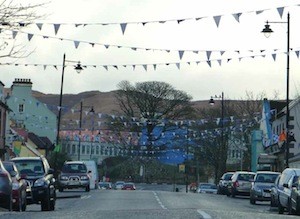 Ceili is on in the Highlands Hotel in Glenties.

Music for the céilí will be provided by the Duntally Céilí Band, a band greatly respected for their rhythmical music which is especially appreciated by dancers.

The céilí is being organised by members of the Connaghan family in Glenties after the recent passing of Frank Connaghan.

“There were so many people and groups that helped us greatly during Frank’s short illness and we just wanted to be able to give something back by doing a little bit of fundraising.

“We have already done some charity events for the Donegal Hospice before Christmas and now we’d like to help the North West Cancer Group Family and Patient Fund as they don’t receive any government funding and rely solely on charitable donations, so we really thought it was a group that could benefit from this fundraising event” says Anne Connaghan, wife of the late Frank Connaghan.

Entry to the céilí costs €8 and includes supper and a range of delicious treats. Dancing begins at 9pm. All proceeds on the night will go directly to the North West Cancer Group Family and Patient Fund.

Tickets are available on the door on the night and donations can also be made by writing a cheque to the ‘North West Cancer Group’ and forwarding to Connaghan’s hardware shop, Glenties.