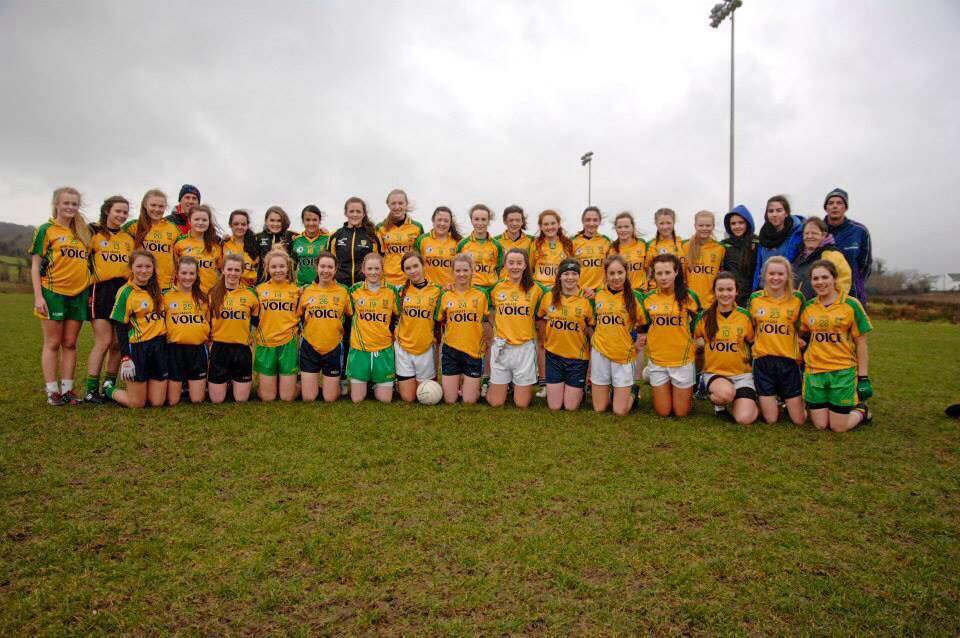 Terry McCole’s U16s were never in any danger in their first match of the U16 Ulster Championship against Down.

With Millie Winfield taking charge of the midfield early on, Donegal totally dominated proceedings to win comfortably 5-07 to 0-02.

In the senior game which followed Davy McLaughlin’s side were very comfortable winners over Meath, winning 6-17 to 2-06.

The Division 2 sides were even in the early stages, Meath slipping a point ahead at one stage.

But once Donegal got into their stride, they were unstoppable with some lovely passing moves.

GOALS GALORE AT RED HUGHS AS DONEGAL LADIES WIN ON THE DOUBLE was last modified: March 15th, 2015 by John2