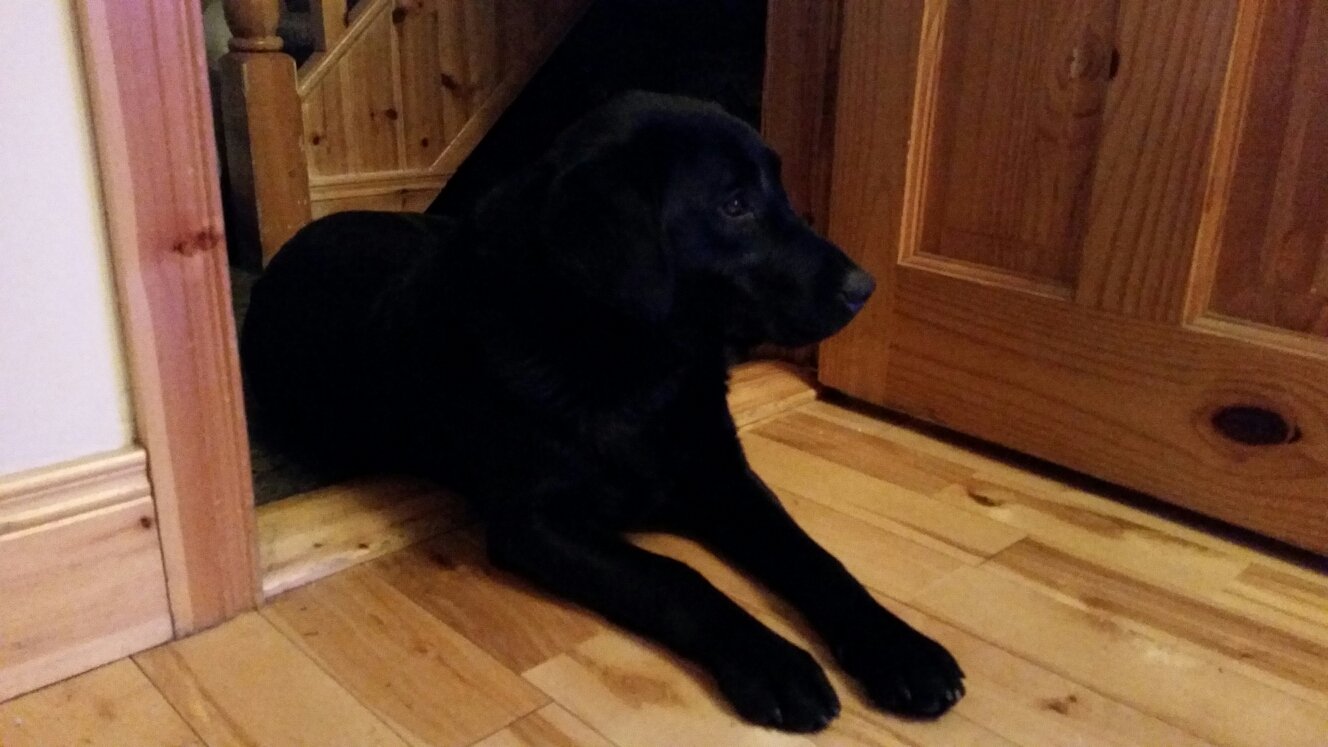 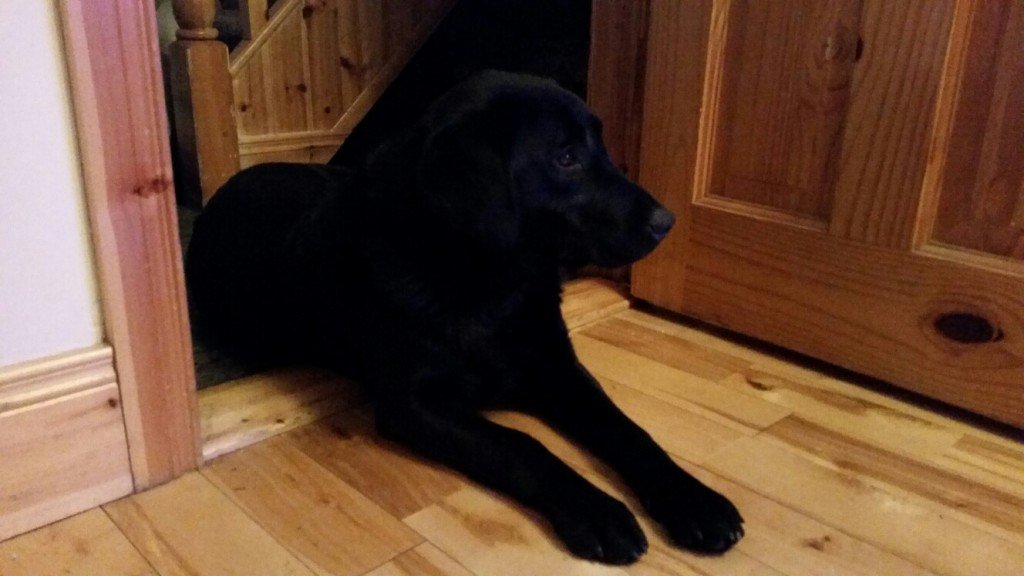 Prince has been reunited with his owners.

The owners of a beloved pup have been reunited with their pet dog after thinking he had been lost forever.

10-month old Prince went missing on Wednesday from his home at Glenwood, Glencar in Letterkenny.

His owners thought the black pedigree Labrador would never be seen again.

However, thanks to an online campaign by Donegal Daily he has been found safe and well and has been reunited with his overjoyed owners.

The owner of Prince told Donegal Daily, “We’re just absolutely delighted to get the wee fella back home.

“We didn’t think we’d see him again, and we were all absolutely devastated about his disappearance.

“We were really overwhelmed by the response the story got on Donegal Daily.

“We want to thank all the Donegal Daily readers for sharing the story on their social media timelines in an attempt to locate Prince.

Prince was spotted by an eagle-eyed local who had the read the story online and recognized the dog from our story.

He immediately contacted the owner and told him he had found Prince.

“I was so happy when I got the call and I couldn’t thank him enough, were delighted to have him home and we’re going to keep a close eye on him from now on!

“Again thanks to everyone who shared the story and helped spread the word.