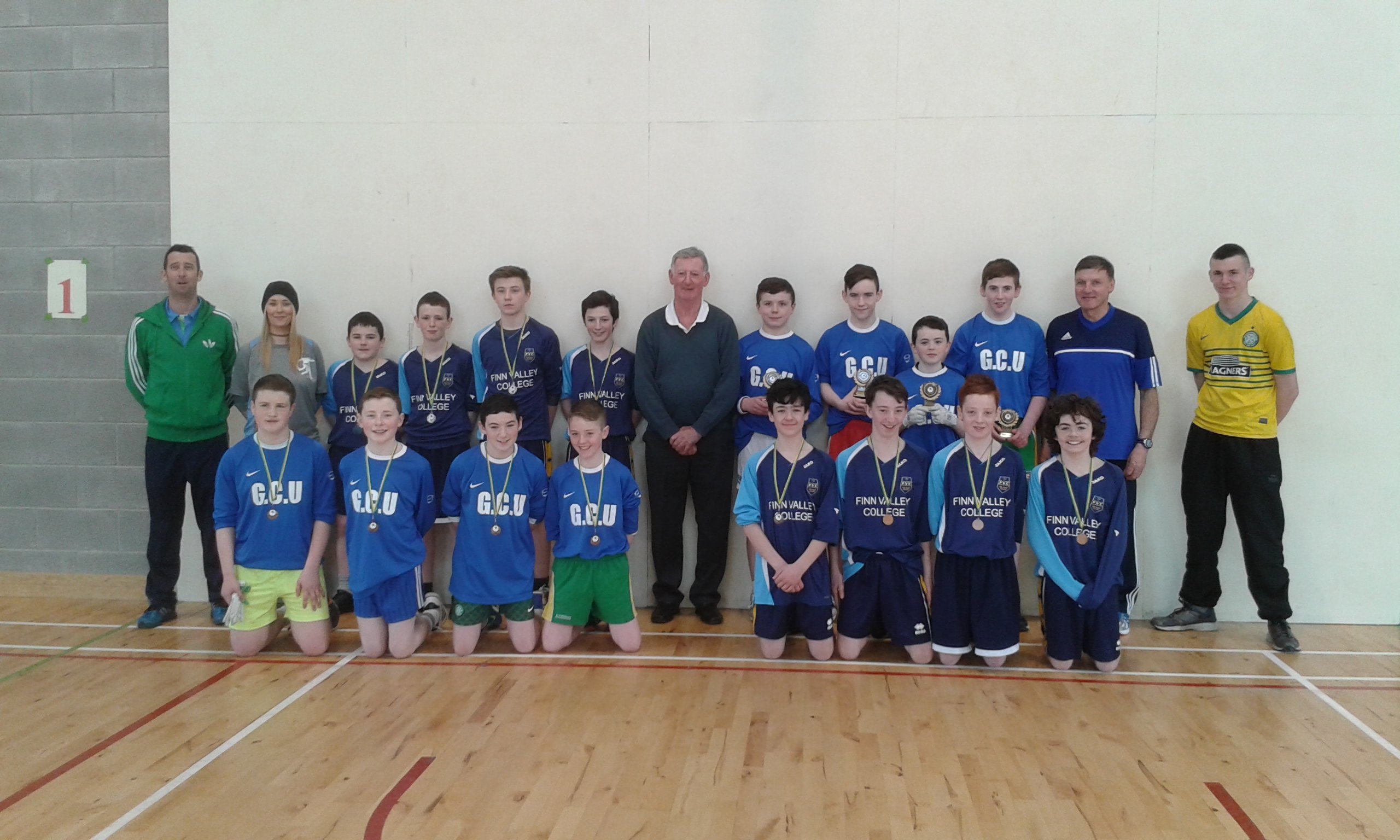 The college has two one wall courts and proved to be a worthy venue for the championships.

Gairmscoil Chú Uladh, Ballinamore, was victorious in the team-of-4 competition and they will now represent Donegal when they compete in the Ulster championships in Ballygawley next week.

A word of thanks for Mr Paddy McDaid, Finn Valley College for hosting the competition. Also to Avril McNamee who refereed and Eamon Mc Donnell who presented prizes.

Good luck to the Ballinamore boys in the Ulster championships!