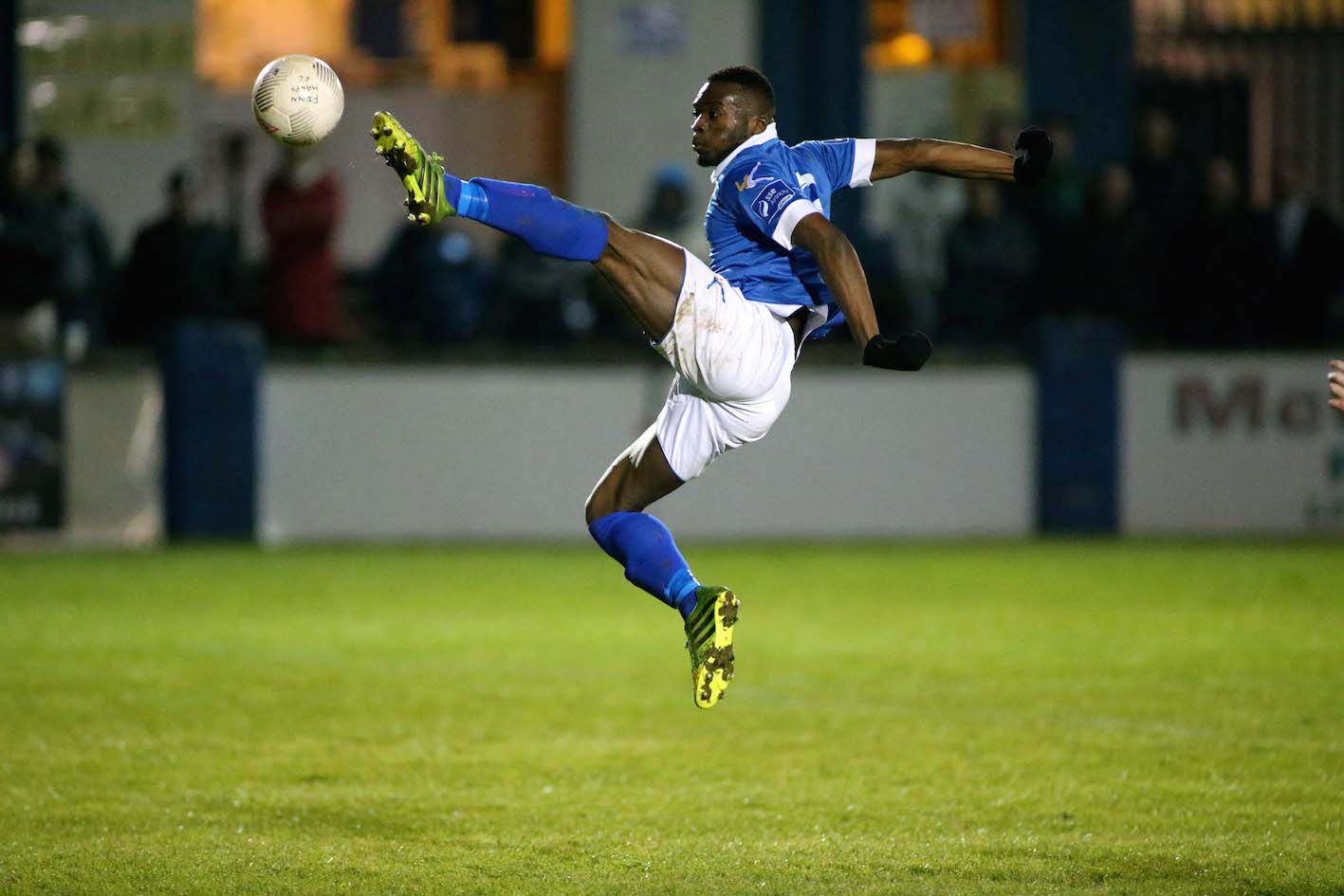 Finn Harps maintained their unbeaten run to their league campaign with an entertaining 2-2 with the students of UCD at Belfield.

Tagbo was on the scoresheet again for Harps. Pic by Gary Foy, newsandsportfiles

Harps were forced to come from behind on two occasions against the College boys in a blustery yet very entertaining night in south Dublin.

Harps found themselves behind after 17 minutes when Mick Leahy headed home from a corner.

Harps protested the ball had not crossed the line when it was partially cleared but referee Ben Connolly signalled for a goal.

But just five minutes later Wilfred Tagbo struck for the second time in as many games when he poked the ball home from a couple of yards following a corner.

Jamie Doyle looked like he had put the home side in front just before the break when he volleyed past Ciaran Gallagher but he was adjudged to have been offside.

Tagbo continued to test the UCD defence with a couple of decent efforts but it was UCD who took the lead for the second time in the 60th minute.

Jamie Doyle caught the Harps defence cold after they only half-cleared an earlier effort to make it 2-1.

But Ollie Horgan’s side stuck to their task.

And just like last week’s game against Cobh Ramblers, veteran Kevin McHugh was to once again come off the bench to prove he knows exactly when their net is.

The Killea man, with just minutes left on the clock, struck a sweet ball form all of 25 yards past UCD goalkeeper Niall Corbet to rescue a share of the spoils.

UCD might have considered themselves a little unlucky not to have snatched all three points but it’s this battling spirit which will stand to Harps as the season wears on.

HARPS COME FROM BEHIND TWICE TO SNATCH A DESERVED DRAW AGAINST UCD was last modified: April 4th, 2015 by Stephen Maguire