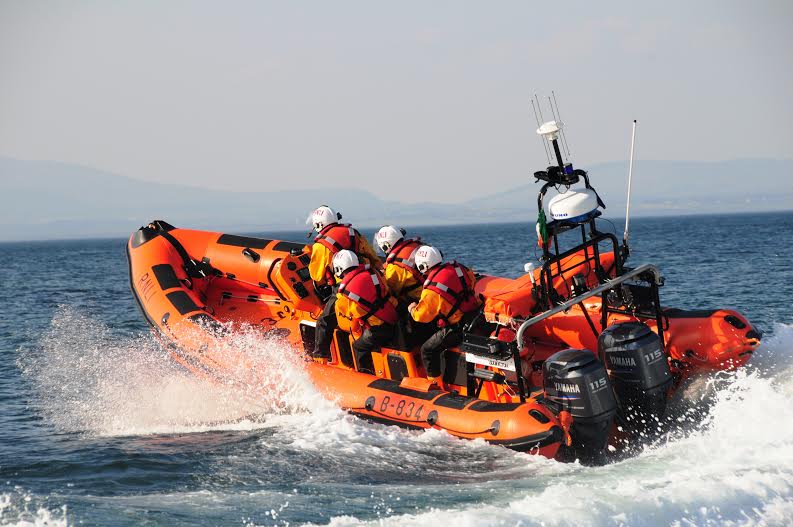 A SURFER has been rescued off Bundoran this evening.

The volunteer crew of Bundoran RNLI Lifeboat were requested to launch to a surfer in difficulty by the Coast Guard at Malin Head.

Shortly after 8pm, a passer-by noticed a female surfer in difficulty off Tullan Strand in Bundoran and immediately dialled 999.

Moments later the crew were paged and within 4 minutes the Atlantic 85 lifeboat was launched from the pier and made its way to the scene where they arrived in under 3 minutes.

Arriving on scene the crew brought the surfer and her surfboard on to the lifeboat and performed a quick medical check finding she was shaken but uninjured. The crew then returned to the station.

Speaking after their return, crew member Killian O’Kelly said: “We are thankful to the member of the public who did the right thing by calling the Coast Guard – darkness was beginning to fall and had it been any later the situation may have turned more dangerous. Thankfully the surfer is ok.

“As the weather is getting better we want people to enjoy themselves but we would urge water users to exercise common sense and heed basic water safety principles – sea safety advice is available on www.rnli.org”