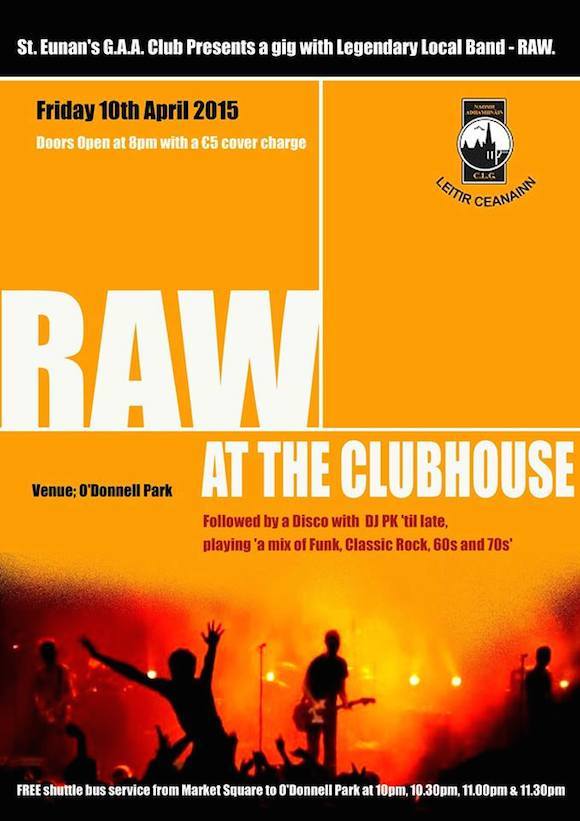 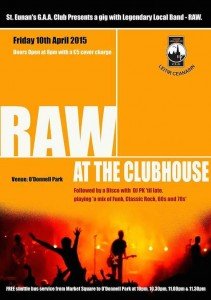 The Vintners Federation had initially objected to the event going ahead citing a number of laws.

A bid to prevent a late license for the event was dismissed by a judge sitting in Buncrana today.

So the concert by the local band – with a €5 cover charge, followed by a disco – will go ahead.

A club spokesman said: “The club is also providing a free shuttle bus to and from the park and Market Square in Letterkenny. Doors open on the night at 8pm.”

Funds from the event in the newly refurbished club house will go towards the clubs underage teams.