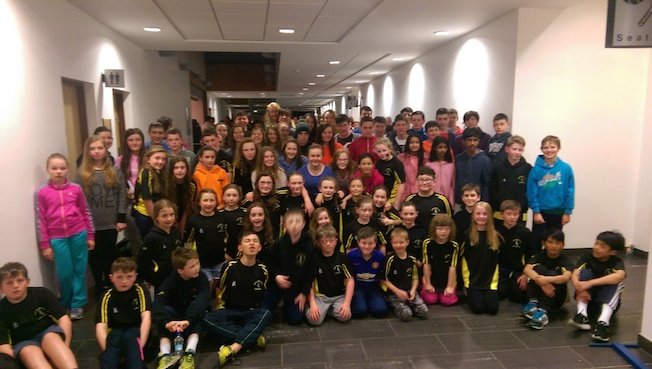 That’s a lot of Swilly Seals!

The Swilly Seals Swimming Club hosted Armagh City Swimming Club in the fifth and final PTL gala of the season. Having already defeated Ballymoney, Leander, Limavady and Lecale the Seals made it five from five with a comfortable victory over Armagh.

The Seals dominated this meet from the outset with superb swimming right through all the age groups. There was some close races and the atmosphere was great with a huge turn out for the home side.

Great performances were given by a lot of new talent on the scene showing great promise for the future. At the end of the two and a half hours the Seals had notched up 649 points and Armagh 492. A big thank you to Armagh who travelled to Letterkenny for this fixture.

Training continues with twenty swimmers travelling to Ballymena on the 25th of April to compete with North Ulster V South Ulster. And with the Community Games County Finals in Ballyshannon on the 2nd May there is still much to train for.

The Swilly Seals will host a 5k road race on Wednesday 15th April starting at 7.30pm. Registration will be open from 5pm at the Aura Leisure Centre. The race is open to all abilities and there are great prizes to be won in a variety of classes. It is hoped there will be a great turnout to raise much needed funds for the club.