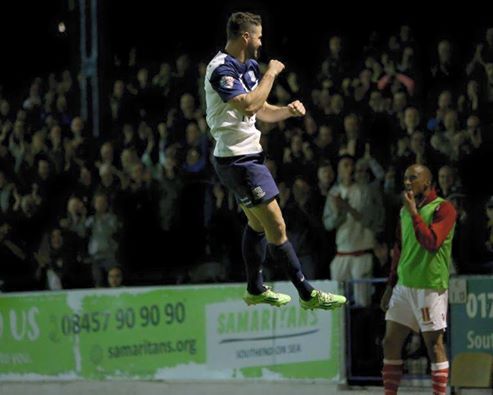 McLaughlin on loan from Nottingham Forest netted his first goal for the club since joining on loan.

The goal sealed the victory for Southend and McLaughlin has been in impressive form since signing for the Shrimpers.

The victory sealed a play-off place, but Southend can still gain promotion via the automatic promotion places in the league and currently occupy fifth position in the table.

It seems more likely that Southend will need to negotiate their way through a play-off scenario in order to gain promotion.

That would see McLaughlin appear at Wembley in a play-off final just like Seamus Coleman did in 2010 for Blackpool that secured their promotion to the Premiership.

McLaughlin has struggled to establish himself as a regular at Forest but has had successful loan spells at Bristol Rovers and Notts County.

McLaughlin will hoping he can continue his fine run of form with Southend and propel them into League One.