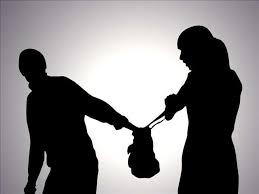 A man who stole a purse from a teenager attending her prom has been ordered to pay her compensation.

Jason McConigley (20) was brought before Letterkenny District Court charged with the theft.

He pleaded guilty to taking the purse at the Radisson Blu Hotel in Letterkenny on August 21, 2014.

Inspector Goretti Sheridan said that at 10.45pm on the night in question gardai received a report that a gold clutch handbag owned by a young woman attending her prom had been stolen.

McConigley was subsequently identified through the hotel’s CCTV footage and arrested.

He made a full and frank admission to gardai, the court heard.

Solicitor, Mr Patsy Gallagher said his client had no real reason for committing the ‘desirable act’.

He did tell Judge Paul Kelly, however, that McConigley was currently unemployed and had an issue with gambling which he was trying to address.

Mr Gallagher said McConigley had been in the hotel for a drink with a friend and described the theft as ‘opportunistic’.

Adjourning the case to June 8 for the preparation of a probation report, Judge Kelly ordered McConigley to come up with compensation for the injured party by the next date.