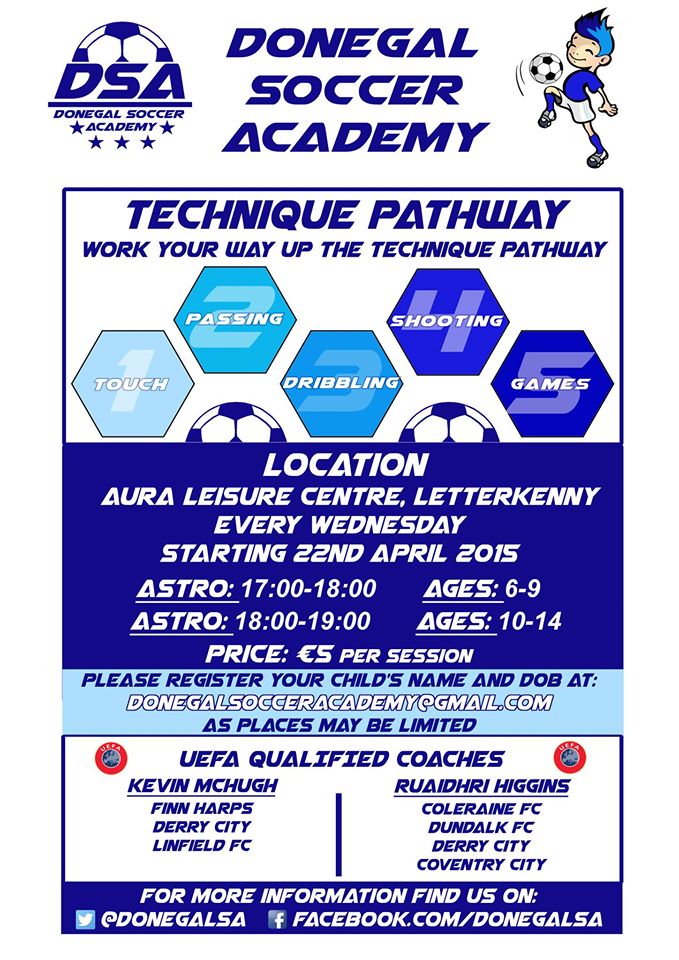 McHugh who also manages the Donegal U13 schoolboys side has created a new academy that will focus predominantly on the technical side of the game for youth players aged from 6-14.

McHugh will be joined in spearheading the new academy by former Derry City teammate and current Coleraine midfielder Ruaidhri Higgins.

He’ll also be assisted at the new academy by his backroom from the Donegal schoolboys side Mel O’Donnell and Andrew Wilson.

McHugh is one of the best players to have ever come out of Donegal and the opportunity for young players to work with a player of his calibre on a weekly basis is fantastic.

McHugh is urging parents to simply register their kids name and D.O.B. via email: DonegalSoccerAcademy@Gmail.com, to ensure we get coaching asap on the 1st night.

McHugh told Donegal Daily, “It’s something that has been in the pipeline for years now, and has taken us a lot of time to decide the correct coaching strategy that we will adopt”

The DONEGAL SOCCER ACADEMY officially gets underway next Wednesday the 22nd of April.

Details regarding the times, date, cost and venue of the academy are outlined on the poster above.