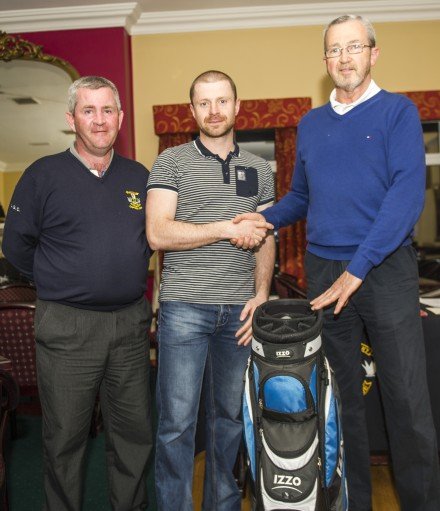 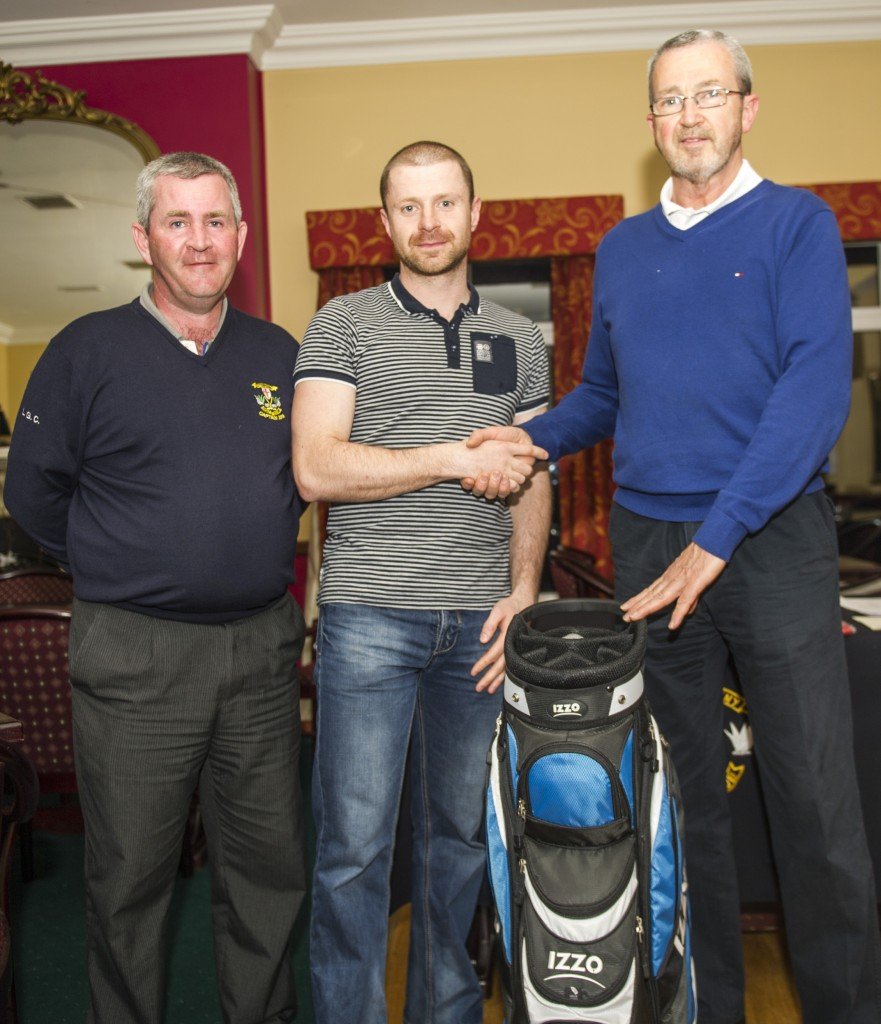 Congratulations to the high number of entries for the Cat 4. first competition of the season, most of whom were eagerly awaiting their first “official” tee-off date! Played over 9 holes, the proud winner was Bryan Harkin 20 pts, with runner-up Michael McDaid on18pts.

With the Wednesday Opens now back in full swing, a good entry saw cat.2 member Kevin Mc Donald [13] taking his first main prize of the season with a “game of two nines” scorecard. Following a double bogey at 2nd and a “blank” at 9th, Kevin must have thought twice about continuing his round but that he did and very successfully indeed by returning a one over par 37 gross on back nine with the aid of a birdie at 12th, giving him a winning score of 41pts. Just one point behind in runner-up spot was Kenny Harkin [12], who followed an uncharacteristic “blank” at 1st with a birdie at 2nd and, continuing with some fine iron play to greens, recorded back-to-back birdies at 12th and 13th and finishing with another at 18th for an inward nine of 24pts.

Sunday 19th Confined competition top spots were dominated by Gerry O’ Sullivan’s cat 4 brigade but none of them were able to outscore Tim O’Farrell [18] for the top step on the rostrum. Playing steady, handicap golf, Tim took the front nine in 41 shots gross and 22 pts, and his winning return of 43pts would have been higher only for that double bogey at 17th. Following closely in second spot was Albert Strain [23] who’s lucky numbers must be all the seven’s for two magnificent birdies at 7th and 17th gave him a near miss for top slot on 41pts. In third place was Liam Moriarty [28] whose birdie at 11th helped him to a return of 38pts. Gross on the day was won by Darragh Mc Menamin [4] with 32 gross points.

Congratulations to the Eamonn O’ Carroll led Ulster Fourball team who won through to the second round of that competition at the expence of Banbridge Golf Club following a very competitive return leg in Barnhill on Sunday.Letterkenny had the advantage after the first leg having won 3 of the 5 matches in Banbridge and were 4 holes up. Despite being in apprehensive mood when Letterkenny’s first pairing of Bobby Mullaly and Pat Keating were two down on the 14th tee, Letterkenny were up in one match ,level in two and down in two.Bobby and Pat then proved their leadership qualities and parred the last 5 holes to halve their match. The other pairings dug in also and managed to turn around the tie with Pat J McGrath and Mark Cohen avenging their 5 & 4 defeat in Banbridge with a sweet 2 & 1 win, John Bowe and Tony Duffy, having won 5 & 4 in Banbridge, this time tasted defeat losing 3 & 2. Malcolm Crawford and Tom McDonagh continued their good form from Bambridge,having won 2 & 1 there, by winning their return match 4 & 2 and the final pairing of Barry Ramsay and Joe Lambe, also having won in Banbridge, were “called in”, being 3 up with 3 to play as the match was then Letterkenny’s.

Wishing Eamonn and the squad every success in the next round.

Meanwhile, commiserations to Charlie Coughlan and his Ulster Cup squad who were eliminated by old foe Cairndhu over two legs on Saturday and Sunday last.

Friday 24th will see the club host the annual Relay for Life Classic. There were still some slots left on the time-sheet at going to press and at only €80 per team, a great charitable day out.

Sunday 26th Open is kindly sponsored by Letterkenny Driving Range [the Glebe] and the Club Classic, sponsored by Brown’s on the Green, will take place on Saturday 16th May. With time-sheet filling up already, it would be advisable for teams to get their name in asap.

Letterkenny Golf Club’s Online Lotto’s draw took place on Wednesday 15th April and, although there was no JACKPOT winner of €2,150, two lotto members who smiled happily were Denis O’ Donnell and Barry Roughan, winners of the “lucky dip” prizes of €50 each. Congratulations to you both! Numbers drawn were 5; 8; 11; 14;; The Lotto draw takes place every Wednesday evening, closing time for entries is 6pm Wednesday, and entry page can be found on club website, www.letterkennygolfclub.com and follow the prompts. Join from as little as €20! [€2 per week]

Thank you for playing and please continue to encourage your fellow members, friends & family to play our Club Lotto.