DEPUTY PRINGLE’S WATER BILL LANDS JUST IN TIME – FOR HIM TO BIN!

Donegal TD Thomas Pringle has received his first water bill – just in time for him to bin! 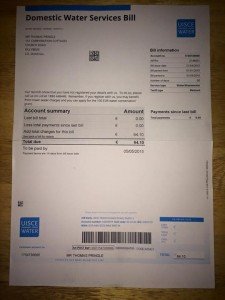 The Killybegs-based Independent Deputy received his bill to his home for €64 today.

And the politician said he plans on bringing it to Letterkenny tomorrow for the Bin The Bills protest.

He and others taking part in the water charge protest are asking people to bring along their bills so they can be binned.