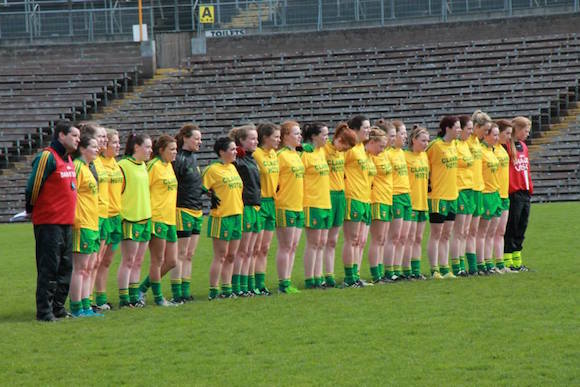 LADIES FOOTBALL: SENIOR TEAM THROUGH TO LEAGUE FINAL ON MIXED WEEKEND FOR TEAMS

PIX: Gabrielle Gallagher: DONEGAL are a win away from returning to the National League Division One at the first time of asking after winning their semi-final play-off against a tough Westmeath outfit in Clones today.

Davy McLaughlin’s side had been convincing winners over the same opposition just a few weeks ago, but there were always doubts over whether the Leinster side were really on show that day.

And that proved to be the case as Donegal – who topped the table – faced stiff resistance this time around in the first half.

Each side recorded just three scores in the opening period – but Donegal two goals and a point saw them lead 2-01 to 0-03 at the break.

Whatever the Moville man said at half-time got the Donegal girls fired up and they eventually eased to a 3-10 to 1-04 victory, Yvonne McMonagle getting two of the goals with Amber Barrett also netting.

They will now play Armagh in the Division 2 final in a fortnight’s time after the Orchard County recorded a 2-20 to 1-08 victory over Cavan.

At Red Hughs today Cavan’s U16s saw off Donegal’s U16s in a very physical game in the Championship.

The visitors led from start to finish in a game which saw a number of Donegal players injured. 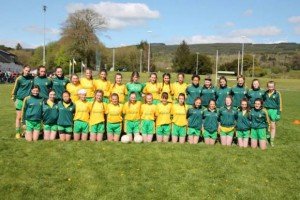 The Donegal U14 Championship squad

Cavan also defeated Donegal’s U14s in the Championship as the local girls travelled to Templeport on Saturday.

The well-drilled Cavan girls, who have been in development teams for six years, scored a goal after just 12 seconds and it took some time for the Donegal girls – making their championship debut – to settle.

Donegal trailed by five points at the break and they put in a battling performance in the second half, were denied two clear penalty shouts and conceded two goals in the last minute to put a bit of a gloss on the Cavan win of 5-12 to 2-06.

The girls host Tyrone next Saturday in Donegal – venue to be confirmed – needing a victory to progress in a Championship dominated this year by Cavan and Monaghan. 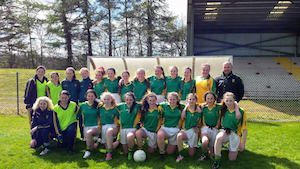 The victorious U14 development team

The U14 Development team continues to shine and the girls are an hour away from a final.

The girls travelled to Kinawley on Saturday to take on Fermanagh and fought back from being down at half-time to win comfortably.

Sabrina White’s girls now need a win over bottom-placed Armagh to set up a League Final against Down, a team they outplayed but ultimately lost out to in the first game of the season. 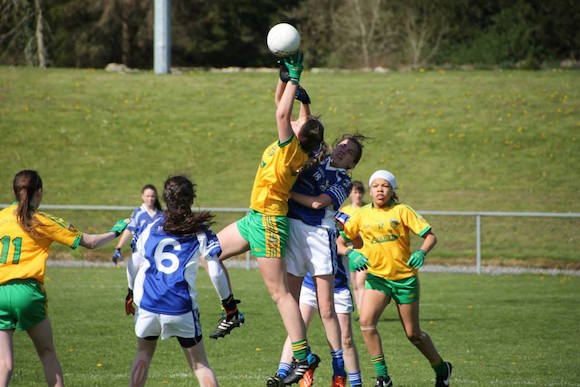 Donegal U14 midfielder Niamh Skelly (Moville) rises to pick the ball out of the air against Cavan. Pic Gabrielle Gallagher 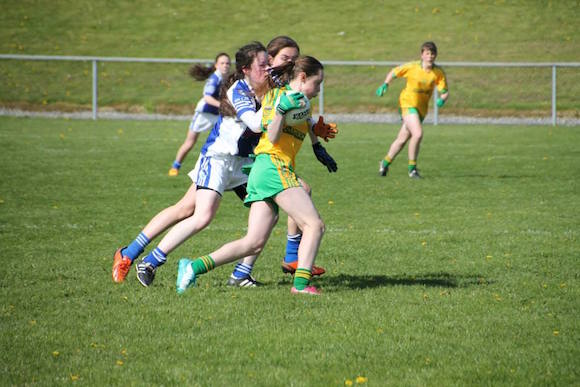 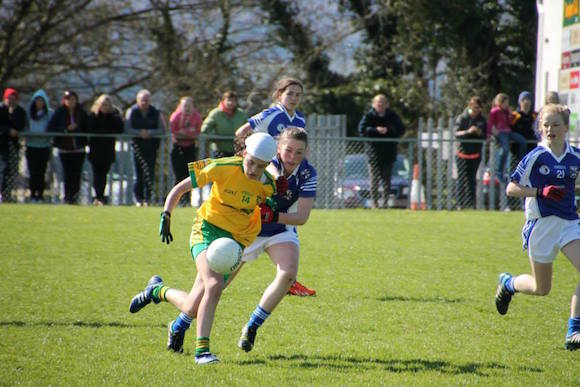 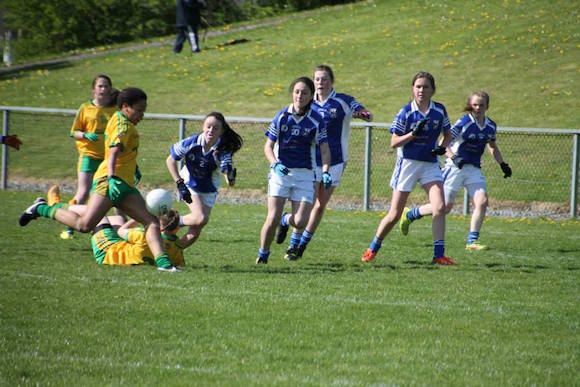 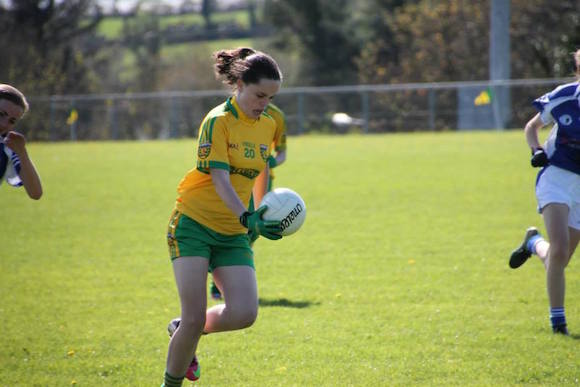 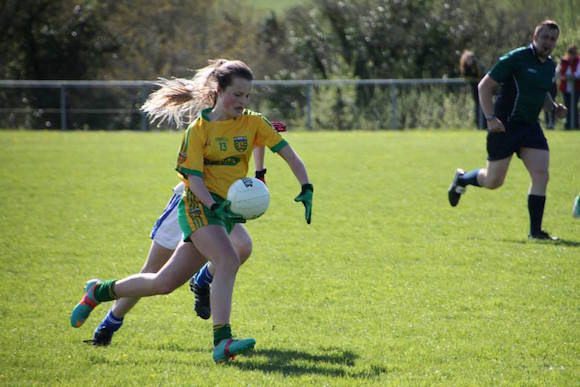 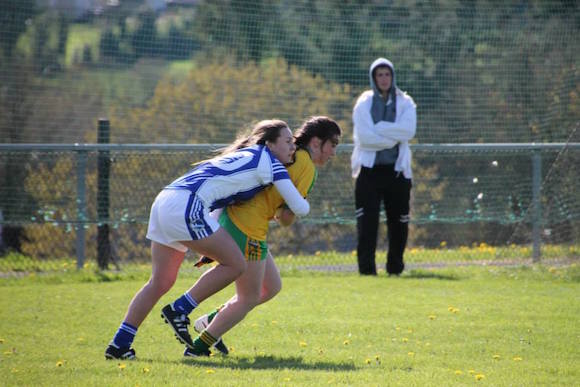