RATHMULLAN GETS READY TO SWITCH ON ITS CHRISTMAS LIGHTS! 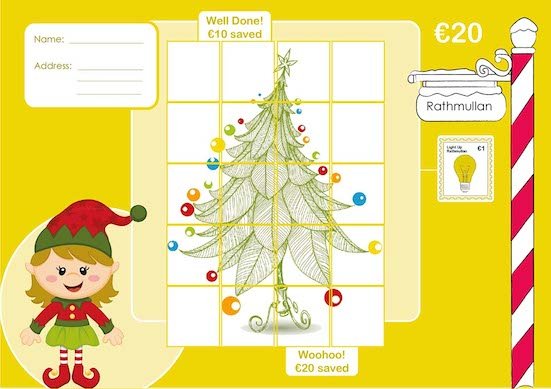 Stamps are being saved for this year’s Rathmullan’s Christmas lights.

It may only be the start of summer but one Donegal village is already planning ahead for Christmas!

A novel new fundraising idea has been launched in Rathmullan to raise funds to install the Christmas lights in the village in December. 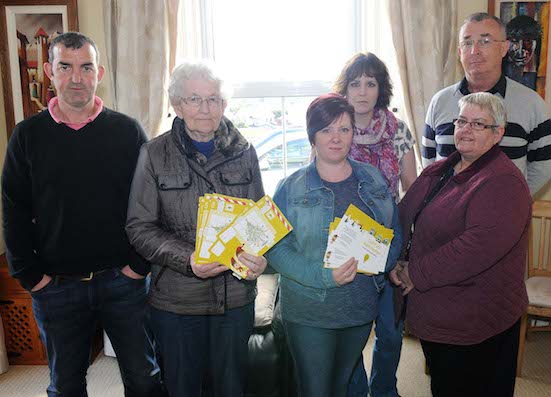 People can buy stamps in their local shops, schools and business premises from now until November at €1 each. With the stamps on sale in the local school, it is a great opportunity for the children of the area to be part of the lights come December.

Once you collect a book of twenty stamps you will be entered into a draw for many exciting prizes.

For the past number of years the village had a Christmas tree on a voluntary basis with Jimmy Joe Morrison providing the tree, Jason Morrison supplying the teleporter to erect it with local volunteers and members of the FAS Community Employment Scheme and the Rathmullan Enterprise Group.

The Rathmullan lights committee wishes to thank all those who erected the tree down the years and everyone for their generous donations last year to buy the lights.

The committee has also held a number of coffee mornings as well as selling shamrocks on St. Patrick’s Day before launching their unique stamps campaign and while it may seem a bit surreal to be thinking of Christmas lights in April, this new idea has certainly got people talking and this will translate into Euros as the year progresses.

Like many other towns and villages in the county, Rathmullan has suffered badly from the recession and especially emigration.

They only have one grocery shop open run by Niall and Celine Carberry while the other one in the town for generations, Gallen’s closed its doors last year.

RATHMULLAN GETS READY TO SWITCH ON ITS CHRISTMAS LIGHTS! was last modified: April 27th, 2015 by Stephen Maguire
Tags:
Christmas lightsdonegalRathmullanstamps