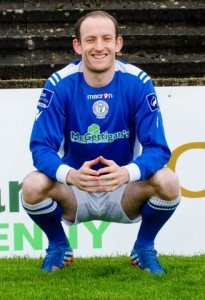 written by Stephen Maguire May 10, 2015
Facebook0Tweet0LinkedIn0Print0

Funston’s first minute screamer was missed by many supporters who were still streaming through the turnstiles when his superb strike rocketed into the top corner.

Thankfully, Finn Harps have all their home and away matches videoed, so all their goals are now captured on film.

The main purpose of the matches being recorded is that Finn Harps manager Ollie Horgan can dissect his team’s performance and point out any errors made during the match.

However, popular Facebook sports page ‘BENCHWARMERS’ who have over 435,000 followers picked up on Funston’s screamer and uploaded it on their page.

If you haven’t seen Funston’s goal click on the link below to view it.

It’s well worth the watch.

I’m sure Funston will be looking forward to the video analysis this week. 🙂