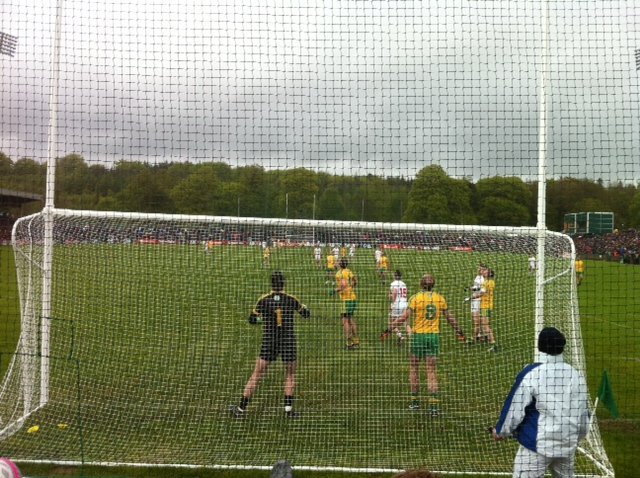 written by John2 May 17, 2015
Facebook0Tweet0LinkedIn0Print0 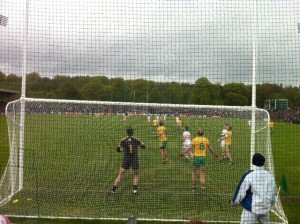 DONEGAL beat Tyrone in their Ulster championship clash at a windswept and wet Mac Cumhaill Park this afternoon.

In an incredible battle which saw Neil Gallagher and Sean Cavanagh both sent off towards the end, Donegal were victors in the end by 1-13 to 1-10.

Donegal captain Michael Murphy said afterwards: “That was a tough derby battle and that’s what you expect.”

Asked about Justin McNulty’s man-marking of him during the game, he insisted: “That’s what you expect – it’s championship football. It’s no big deal.”

And manager Rory Gallagher said it had been a tight battle.

“We were hanging on a wee bit at the end,” said Rory.

“I am please we won. They are always titanic tussles when you are playing Tyrone.”

Asked about the half-time bust-up, he smiled: “It was just two teams heading in.”

Donegal had led by just two points at half-time, after coming from behind.

After a blistering start Tyrone got a goal before surging ahead.

But Martin McElhinney fired home a goal just before the break – and that with a McFadden point – gave Donegal the lead.

It was a tough battle in the second half, but captain Michael Murphy hit two superb frees to stretch Donegal’s lead.

It’s a win – and Donegal now take on Armagh in the quarter final.