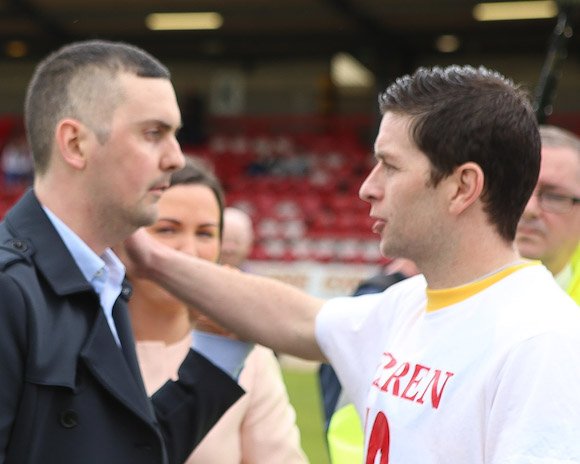 written by John2 May 23, 2015
Facebook0Tweet0LinkedIn0Print0 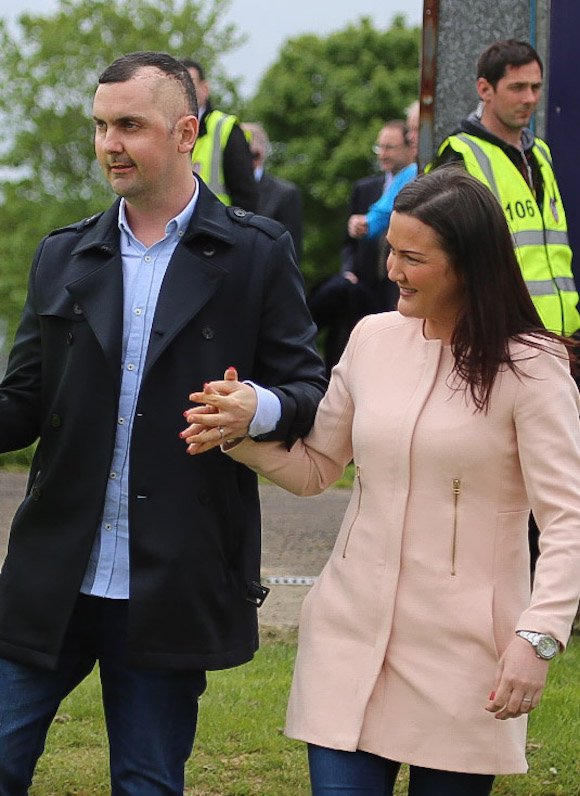 THE world of football came together today to help former Donegal soccer star Mark Farren in his battle with cancer.

Teams managed by the two international managers – Michael O’Neill and Martin O’Neill – played out a friendly at the Brandywell in honour of the ex Derry City striker.

A gala fundraising event tonight, starring Phil Coulter, is being held at the Everglades Hotel.

Mark flies to Mexico on Monday hoping treatment there will help stop a the progress of a brain tumour.

“Everyone in football wishes Mark a speedy recovery and everyone came along to support him,” said Martin O’Neill. 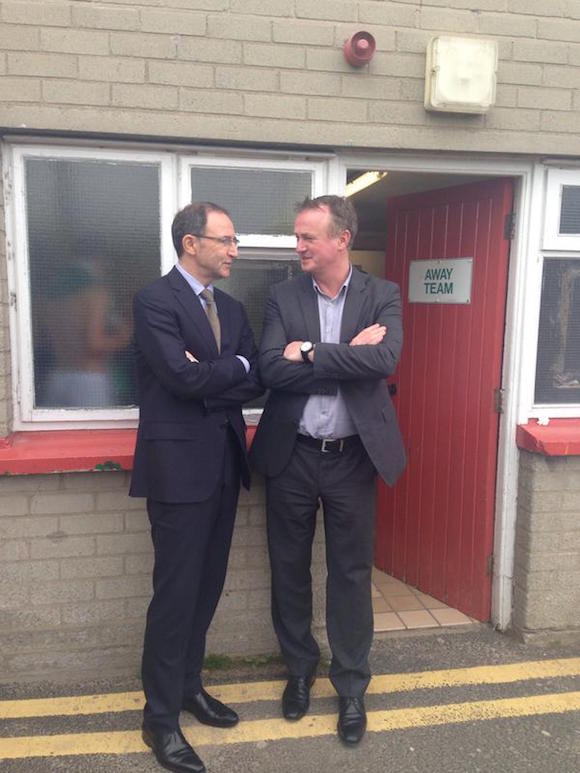 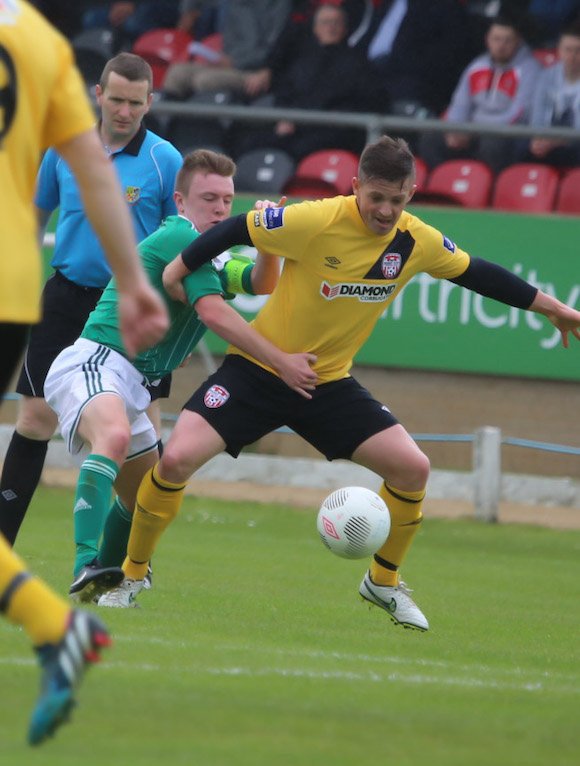 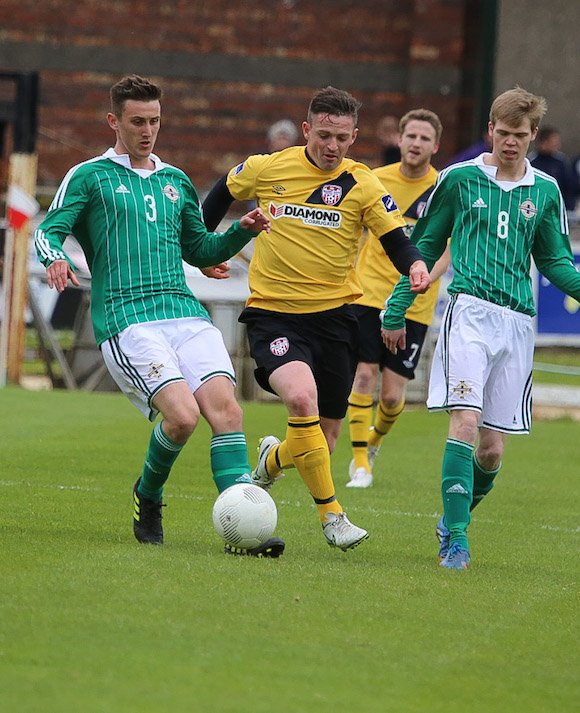 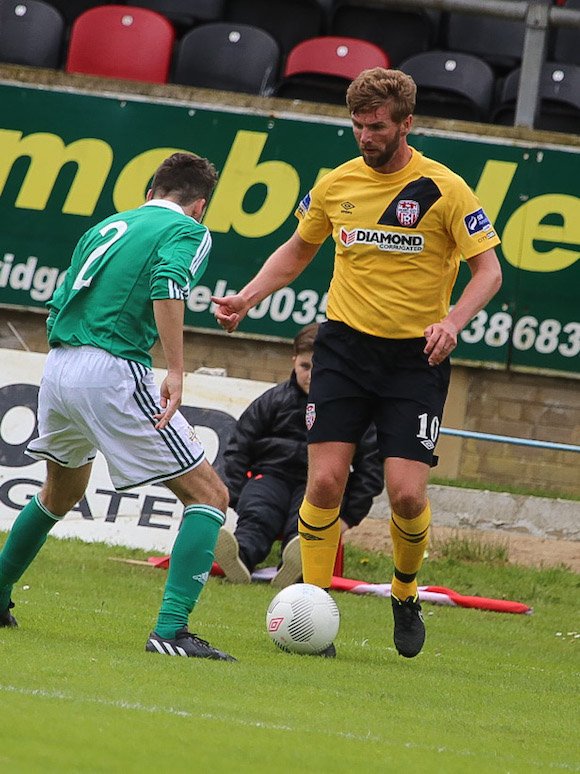 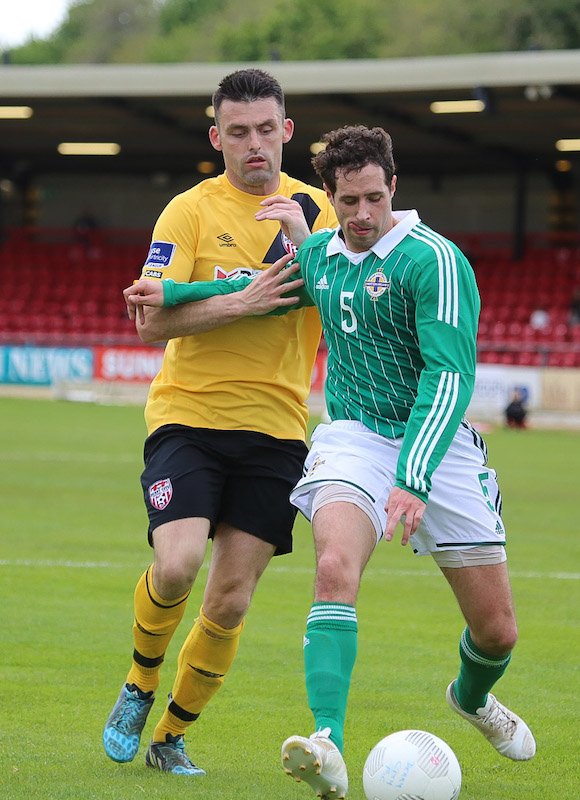 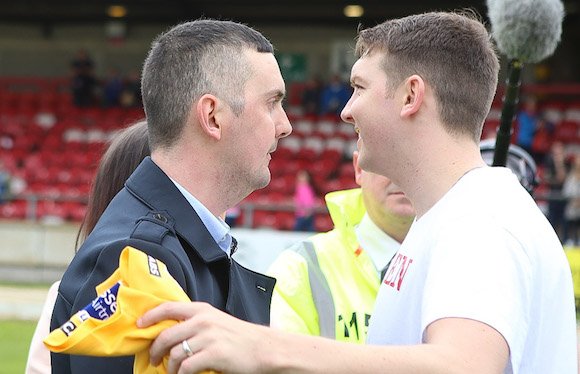