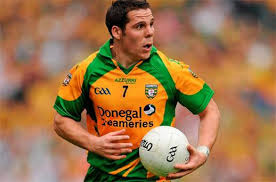 However, Cassidy said that he and his teammates didn’t subject Harte to the sinister remarks which were allegedly aimed at Donegal minor captain Michael Carroll a fortnight ago.

Cassidy said that Harte was deliberately targeted but totally refuted the claim that he had made remarks about the untimely passing of Harte’s cousin a few months before the clash.

In his column with the Gaelic Life – Cassidy wrote, “In 2011 when we played Tyrone in the Ulster championship I did something that was alien to me.

“I spoke and harassed young Peter Harte all day as I was told before the game that I could get into his head and put him off his frees.

“Every time Peter hit a free I spoke to him saying things like “miss this one and Uncle Mickey will have no option but to take you off.

“Pointing over at the sideline saying: “look he must be warming up for you.

“It did affect him as he missed three score-able frees that he would normally nail.

“A few weeks after the game it was said to me that I had spoken about the untimely passing of Peter’s cousin which was absolute nonsense.

“If I had said something as low as that I would have been that embarrassed and ashamed of my actions that I would never play again.

In a no-holds barrelled column, the outspoken Cassidy also slammed the handling of the Michael Carroll ‘sledging’ row and said the young Gaoth Dobhair star just wants the whole saga to be over.

“I want to make it clear that the young lad in question holds no grudges and wanted the whole matter to go away as he understands the consequences that it could have for him in the lead up to their next Championship game.

“He is also aware of the impact it could have on those being accused of this which has been largely out of his control as he hasn’t spoken to anyone about the incident.

“The whole thing was wrongly handled from the off.

“If something is said on the field play and a player is unhappy with what has been said then it should go through the proper channels to ensure that it is dealt with appropriately instead of being dragged through the media.

KEVIN CASSIDY – “WE TARGETED TYRONE’S PETER HARTE DURING ULSTER SFC IN 2011” was last modified: May 28th, 2015 by Stephen Maguire