Daniel O’Donnell has revealed his dream of becoming an actor – and has signed up to acting classes in Galway. 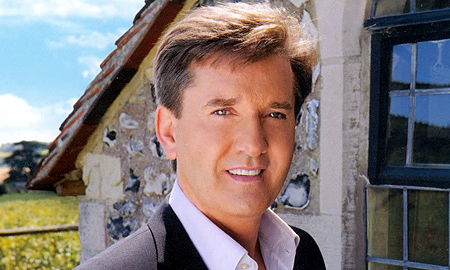 The Kincasslagh man is on an extended break from his music career and will be heading to drama school in the coming weeks.
The crooner hopes the experience will help him land a role in a musical in the future.
He has revealed in the past how he would love even a walk-on part on his favourite soap opera, Coronation Street.
“I plan to take part in a workshop in acting, but only for a week,” he said.
“That is just what it would be like, as I have always thought that I would like to do something- perhaps in a musical.”
“This will just give me a feel for it and it will be with an acting school in Galway.”
Daniel’s manager is already coming up with some ideas for what roles the singer would be suited for.
“It is with somebody that my new manager, Kieran Cavanagh, knows and he is coming up with his own ideas for what I might be suitable for and he is bringing those ideas to the table.”
In an interview with his eponymous fan club magazine, Daniel assured fans he will be returning to music soon enough.
“I’m not retired, I have not given up, it’s just a break from touring,” he said.
“I know that I will be going back and this thought makes the sabbatical more enjoyable.