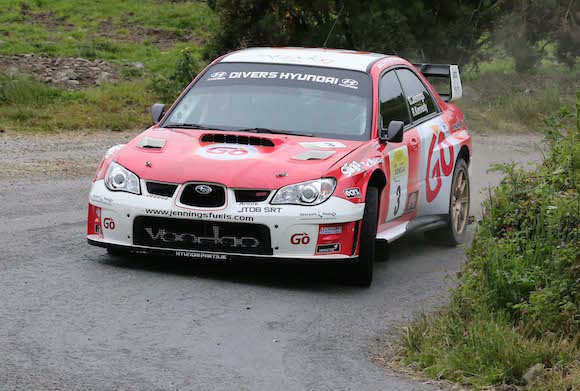 The experienced pair led the event over the past two days and look solid throughout.

It’s just there years since Jennings last won the event but it’s 20 years for Letterknny man Kennedy who last won the title in 1995.

A delighted Rory said “It’s just incredible and I’m over the moon.”

The Donegal duo of brothers Declan and Brian Boyle claimed second in their Ford Fiesta.

Organisers have described the three day event as a huge success with crowds up on previous years.

Gardai also described the vast majority of the many thousands who descended upon Donegal as being well-behaved.

There was also great local success with Glenswilly man Manus Kelly and Donal Barrett winning the national event of the rally.

An emotional Kelly could barely hide his delight after claiming his biggest prize yet in his rally career.

“I’m lost for words. I am just so happy and delighted for Donal also,” said Manus.