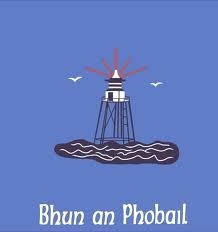 The senior men travelled to Lifford and lost out 2-06 to 0-10 points last Sunday evening.

The senior ladies were beat by a last minute goal to Glenfin in the first leg of the senior championship.

The Junior B championship starts this Saturday and our reserves are home to Sean MacCumhaills.

The under 14 girls lost out 3-05 to 1-09 against Termon the County quarter final and were unlucky to concede a last minute goal.

The senior team begin their championship campaign next Saturday evening at home to Naomh Ultan. Throw in 6pm.

The annual Joe McGeady cup final took place last Sunday evening at the Carrick field. It was great to see such a huge crowd turnout to support all the teams involved and is a fitting tribute to the late Joe McGeady a club stalward who played a massive role in laying the foundations for the club we have today. The winners of the A final was Urris and Muff won the B final. Well done to all players and coaches.

There was no jackpot winner in this week’s lotto but the €50 runners up prize went to Mick Cavanagh.  This week’s numbers were 3,7,18,19. Next week’s Jackpot €2000. Thank you for your continued support as this is the clubs main source of income.

Murphy’s Gloves with the club chest are also available from Bridget Harkin for €15.

The club would like to wish the Donegal under 14 girls team the best of luck in their all Ireland final next Saturday against Tipperary in Longford. The club has a big representation with Kate McClenaghan, Aobh Faulkner, Niamh McDonald and Clodagh and Niamh Skelly. Gearrd Faulkner is also the Physio and a special mention to Liam Skelly who is on the management team.