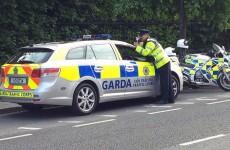 A number of young men appeared before Letterkenny District Court after being arrested during the Donegal Rally weekend. .

Many of those charged were caught doing dangerous diffing and doughnut manoeuvres by Gardai in and around the weekend of June 20th/21st last.

The men, many of whom were from Northern Ireland as well as Roscommon and Longford, received hefty fines from Judge Paul Kelly.

The drivers will also receive five mandatory penalty points on their licenses.

Judge Kelly said that similar to other such offenders who came before the court the day after the rally weekend, he would be imposing heavy fines.

The majority of the who appeared at Letterkenny District Court were fined an average of €500.

One man who was apprehended doing doughnuts in his car with his girlfriend in the front passenger seat was severely reprimanded by Judge Kelly.

“You could have been killed and you could have killed your gifrlind or seriously injured her,” he said before fining the man €500 and reducing his charge from dangerous driving to careless driving.

Another 20 year old man from Derry, who was caught doing doughnuts and blocking traffic, admitted what he had done was stupid.

He was fined €500 and asked Judge Kelly if the court took sterling?

He was told to get to the nearest bank and get €500 and bring it into court.

Another man caught doing doughnuts around a traffic cone in a cordoned off-area was fined €250 and also had his charge reduced from dangerous driving to careless driving.