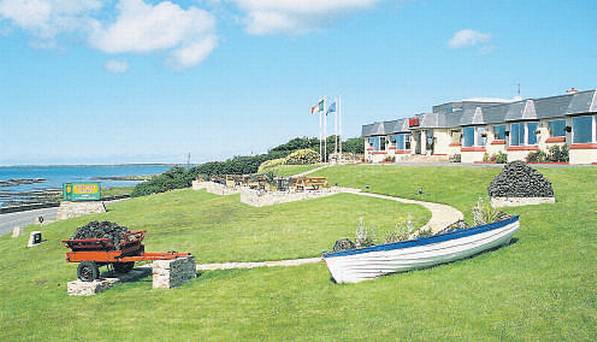 EXCLUSIVE: An Irish-American businessman has confirmed that he has bought the Ostan na Rosann Hotel in Dungloe and hopes to create 35 jobs when it re-opens next summer.

Kevin Boyle, whose father Patrick was originally from Eighter Island between Burtonport and Arranmore, confirmed to Donegal Daily he has bought the hotel.

Kevin said he wants to rebuild a hotel that the local people of Dungloe and the surrounding areas can be proud of.

“I am so pleased to be in a position to make an investment in the Rosses by purchasing the hotel. I do know that my father would have approved of this venture,” he told us.

“It is my intention to ensure that the refurbishment and re-modeling will be carried out to the highest standards and that the work will involve locals as for as possible.

“Dungloe has been without a hotel for some years and we are hopeful that we can play our part in ensuring that Dungloe will have a hotel that the local people can be proud of. We hope to contribute to the tourism sector and provide jobs in the area,” stated Kevin.

Kevin’s father emigrated to Chicago in 1946 and and graduated from DePaul University with an accountancy degree.

He joined Schulze & Burch biscuit company in the late 50s and later became its president and Chief Executive Officer.

Upon Patrick’s death in 2007, Kevin assumed the role of CEO.

As a young man he was a frequent visitor to the Rosses accompanied by his parents and siblings when they visited his aunt Bridget McGinley from Burtonport and his late uncle Eddie Mickey Dan.

Now that the purchase has been finalised the new owner will shortly embark on the works and he is confident that the hotel will be completed and open for business by summer 2016.