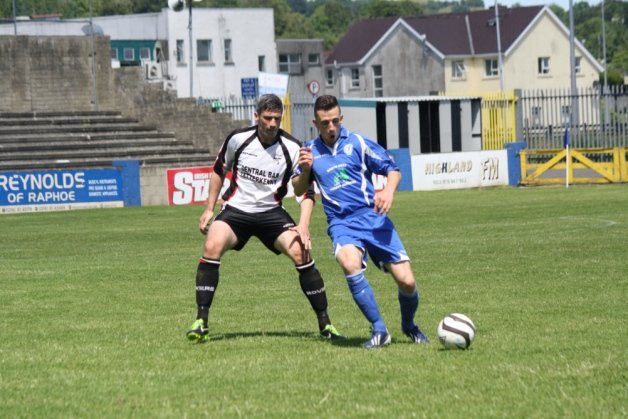 The former Finn Harps and Institute striker signed for Letterkenny in January just in time for the USL interim season.

McConigley was keen to acquire the services of the Portsalon native again for the new USL season which returns to its traditional winter format after a number of years playing summer football.

McVeigh signed on the dotted line last night as Rovers began pre-season training ahead of the new season.

Former Finn Harps and Wolves midfielder who also proved to be a great signing by McConigley last year is also expected to re-sign for the Leckview outfit.

McConigley will also be hoping to re-sign Ryan Gildea and David Shovlin  as he attempts to build a side that can challenge for the USL title.

Rovers stalwart Darren McElwaine who suffered a nasty knee injury last season has returned to light training and will be keen to put his injury woes behind him.

Drumkeen United and Fanad United have returned to the USL after opting out of the interim season in February.