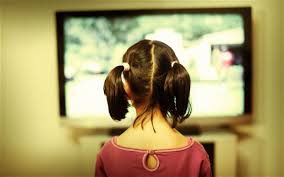 A big-hearted Donegal man has donated a number of televisions to a children’s hospital after he heard how TVs and children’s games had been stolen from the unit.

Sick children’s televisions were stolen from the hospital.

The man, who only wanted to be known as Philip, contacted Today FM radio station to alert them of the situation.

The man revealed how he has a niece at Temple Street Hospital in Dublin for the past sixteen years.

Only recently the man was told by nurses how televisions, children’s video games, air filters and even remote controls are stolen on a regular basis.

The man contacted the radio station to donate a number of televisions to St Michael’s Ward after hearing about the thefts.

He has also appealed to anyone who was in a position to donate items to the hospital to do so.

The man revealed how nurses had informed him how security wires attached to the items had often been cut.

And the man revealed how unfortunately, it was sometimes the parents of the ill children who had been blamed on the thefts.

“It doesn’t say a lot about the human beings who are doing this that they would take away the items which are often the only things which the children have.

“I just wanted to donate these itms and hope that other people would perhaps do the same,” he said.