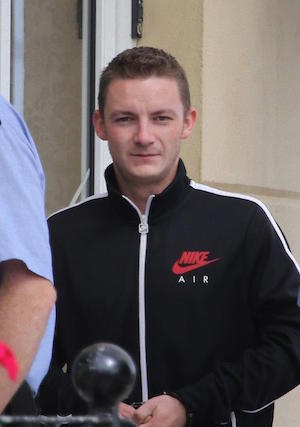 Two men have been jailed following a savage attack with a golf club on a man as he celebrated his daughter’s christening. 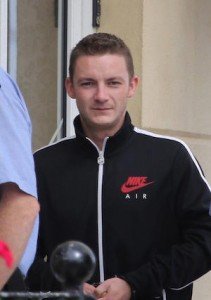 Kenneth McFarland was set upon and beaten unconscious after the pair followed him in a car while he left a car off at a relative’s home.

The two men, Barry Doherty and Ashley Nicholl, appeared at Letterkenny Circuit Court yesterday charged with numerous offences in relation to the incident.

The court heard Mr McFarland, now 33, was in the Carrick Bar in Gleneely on September 22nd, 2012 having drinks with family and friends after his child’s christening.

A relative wanted to leave his car home and Mr McFarland accompanied him on the journey.

However, as the men drove along, they were rear-ended by Nicholl and Doherty.

The men got out and an altercation occurred which resulted in Mr McFarland being attack with a golf club.

He suffered serious injuries including a fractured elbow and severe bruising and had to be taken to Altnagelvin Hospital in Derry.

Garda Seamus Lyons told the court that Nicholl, of Bocan, Culdaff struck the car window with such force that he broke the head from the golf club.

The court heard that Nicholl, 23, had a total of 25 previous convictions including burglary, driving without insurance and driving while disqualified.

The Garda told how it was Doherty, of Dunross, Culdaff, who had struck Mr McFarland with a golf club 3 or 4 times before he fell to the ground.

Nicholl’s barrister said the incident was a show rather than an act of substance and how he had ben in jail before for burglary and did not want to return.

He said he did not want to return to it and was now seeking to go straight and had even secured working on a crabbing boat.

The men appeared in court yesterday having pleaded guilty to the incident and the court hard that both had extensive lists of previous convictions.

Garda Lyons said that the victim had not come to court or provided a victim impact statement as h was still “very nervous.”

He said both men had been previously given chances by the courts.

He sentenced Nicholl, 22, to two years in prison for the possession of an offensive weapon and another two years for criminal damage with both sentences to run concurrently. He also banned him from driving for the years.

He sentenced Doherty, 23, to three years in prison for assault and two years for possession of an offensive weapon to run concurrently and suspended the last six months.

Judge O’Hagan, having been told that relatives of Mr McFarland were in court, also wished the victim well.